It has been very well publicised over the last week that Manchester United manager Jose Mourinho has recalled Germany international Bastian Schweinsteiger to the senior squad.

The ex-Bayern Munich man has been forced to train with the reserves as Mourinho made it pretty clear that he wasn’t in his plans for the season.

And, as you will see from the picture his Tweet about it seems to have ebbed pretty well received. 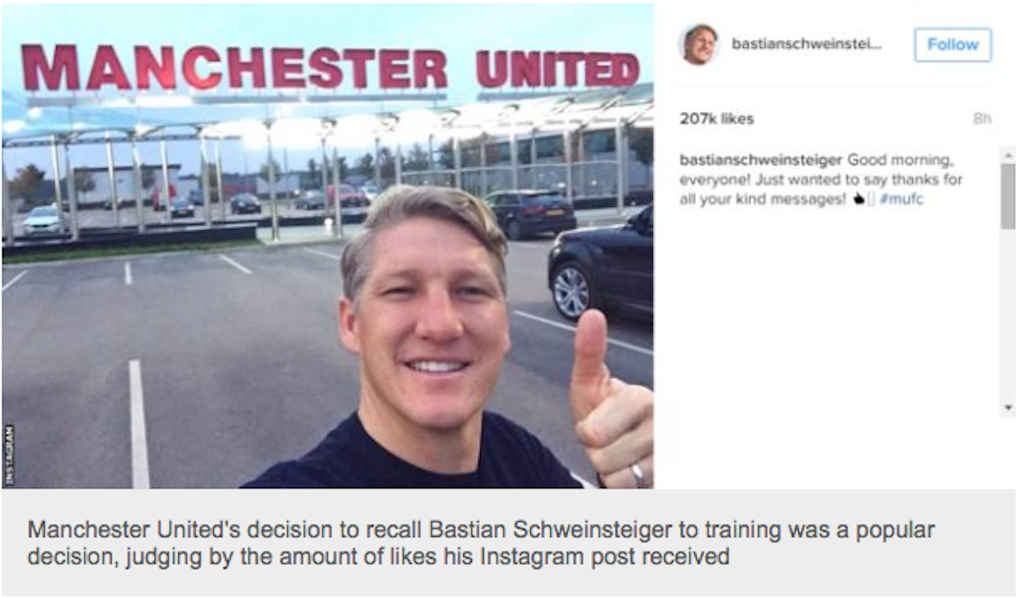 But any Manchester United fan who thinks that plonking him back in the team is the answer is sadly mistaken.

And the reintroduction of the German will hardly have the opponents quaking in their boots.

A better balance is also required in midfield to give Paul Pogba license to roam.

Ander Herrera, Marouane Fellaini, Morgan Schneiderlin and different formations have all been tried with varying degrees of success.

But the answer is clearly Michael Carrick, who is more complete player than Schweinsteiger, as well as being more mobile – he really makes this United team tick and the sooner Jose realises it the better.

So TFF would be very surprised is the German starts putting in great performances when he was quite awful under Louis van Gaal.

Manchester United fans: can he really make a difference and would you pick him?