It’s amazing how Antonio Conte has pulled this Chelsea team together so quickly. They have come from nowhere to be the utterly dominant force in the Premier League come Christmas.

And when they were hammered by Arsenal at the Emirates in the autumn pretty much everybody had written them off even for a Champions League spot.

A dozen Premier League wins later and they are completely reinvented with three at the back.

It begs the question why more teams don’t use a formation which seems so suited to the speed and intensity of the Premier League. With wingbacks getting up and down the lines the rest of the team can remain compact in the face of attacking sides and swarm all over the lesser teams.

So when picking the Chelsea XI which is been the strongest of 2016 it’s difficult to debate many of the positions.

TFF is a massive fan of Willian and perhaps he is the most contentious exclusion from the side. He was possibly the player of last season for Chelsea but such has been the quality of the unit since Pedro was put on the right of the forward line that it is impossible to ignore the Spaniard.

Questions have been asked about the depth of the Chelsea squad and what will happen if they get a couple of serious injuries. But the likes of John Terry, Willian and Batshuayi will provide excellent cover and the Blues will surely invest again in January.

That said, here is our Chelsea team of 2016. Chelsea fans – any changes? 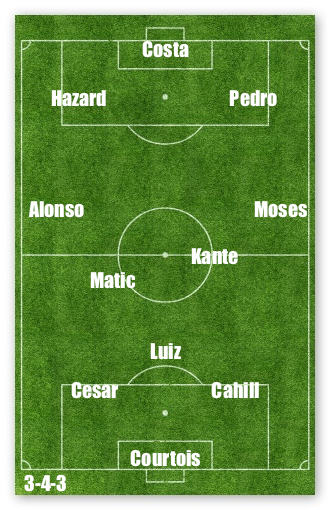