Chelsea haven’t been quite as free flowing and convincing of late but the biggest cliche in football holds true – the serial winners are those who can put points on the board even when they aren’t at their best.

A 2-0 victory over Hull helped Chelsea gain more momentum after there recent defeat to Tottenham and they ended the game with a fully fit squad to face Brentford at the weekend in the FA Cup.

Chelsea manager Antonio Contre appears hellbent on success in his first season at the club and although the priority must be the league, the lack of European football this season means that the Blues certainly have the resources to put out a strong side against Brentford.

TFF often opines that a string starting side is the best tactic because they can generate a big lead and then conserve energy and take some big names off at half time.

That’s the way that we would go in this one and despite the obvious consideration to rest some A-listers, we would be inclined to keep the momentum going, get the game won in 45 minutes and then play the remainder of the match in pipe and slippers.

Antonio Conte is a front-footed coach and TFF doesn’t think that the challenge of Liverpool next midweek will change his thoughts in terms of formation or style of play this weekend.

This is the most settled team in the league and the formation allows for an ultra defensive approach when necessary so there is no reason to to make sweeping changes.

And Chelsea have a fully fit squad to pick from at a crucial juncture in the season. It all bodes well for the Blues.

So here is our Chelsea XI and it has a familiar look. 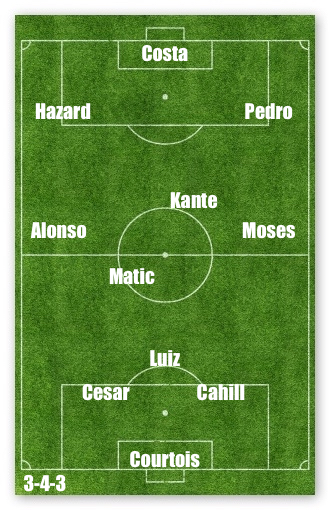