In a classic illustration of why we love football so much, few could have foreseen the turnaround which has taken place at Chelsea since their most embarrassing and heavy defeat of the season at The Emirates in the autumn.

At the time Arsenal were threatening, as they always seem to do in the early passage of the season, to stamp their authority on the title race. A 3-0 defeat of abject Chelsea suggested that these were teams heading in different directions.

So what did Antonio Conte do in response to that result? Why he went to three at the back of course. Talk about gumption. This was a coach who was completely new to the Premier League, who decided to employ a formation which hadn’t really worked in England prior to this season. A few clubs had dabbled with it but little more.

And the evolution of Chelsea since then has been nothing short of sensational.

They are now such a strong and confident side that they go to places like Liverpool fully expecting three points instead of settling for a draw.

They have been fortunate with injuries. But with a nine point lead in the title race TFF feels that they can even afford a few of these now and still win the Premier League trophy.

Perhaps anything other than an Arsenal win at the weekend and we will be talking about the Champions League race rather than the title race. 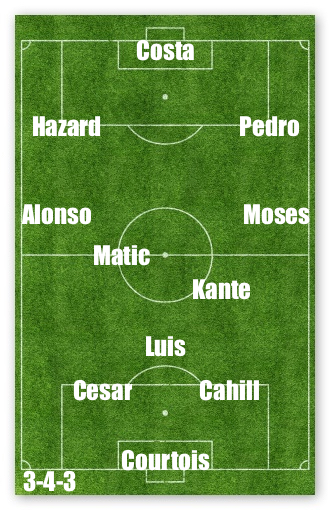