Despite spending a huge amount of money and playing some of the best football in Europe over the last 12 months, Manchester City remain a mercurial side who can amaze and flummox in equal measure.

Their signings have been good quality in 2016 although perhaps not quite as good as the round of spending which brought the likes of David Silva, Yaya Toure and Sergio Aguero to the club.

TFF is extremely keen to see what Gabriel Jesus can add to the squad and if he does hit the ground running for Manchester City then perhaps we are likely to see him in a wide position either side of Sergio Aguero.

Manchester City have been a little inconsistent after that amazing start to the season in which we all thought that Pep Guardiola’s side would run away with it.

But they are still eminently capable of putting a title challenge together and we still have them down as the top two favorites to win the Premier League crown come May.

What we should definitely expect is a lot more investment in the defensive areas of the team. Going forward Manchester City are superb but they still leave holes at the back in what is an ageing defence.

Brazilian Fernando just misses the cut and TFF has gone for a big call with Joe Hart instead of the flapper, Claudio Bravo between the sticks.

So here is what TFF considers to be the best performing XI of 2016. Manchester City fans is anybody that we have bad be overlooked in this XI? 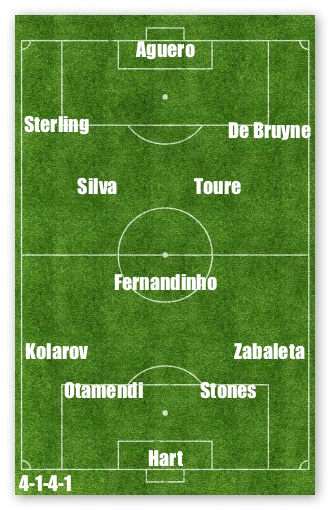