Chelsea’s defeat at home to a flying Liverpool side last Friday didn’t look too good for Antonio Conte as various weaknesses were exposed in his side – not least the continued demise of Branislav Ivanovic.

But, just like at Manchester United, we shouldn’t write off a team that is clearly in transition just yet.

And Chelsea have, after all, had a decent start to the season in terms of results. But they are largely scraping their victories and it will take time to get the side purring again. TFF suspects that there will be some more investment in January but Conte does at least have a largely fit squad to pick from in what looks like the game of the weekend.

John Terry is the biggest concern and if his ankle injury doesn’t clear up David Luiz will definitely play. Chelsea seemed to do remarkable business when they sold him a few years back for crazy money – that they Re-signed him has left some scratching their heads. But he is one of the few central defenders who can change games in the opposition third and we shall watch his progress with great interest.

Cesc Fabregas was excellent in the EFL Cup on Wednesday and may feel a little dismayed if he is left out of the starting XI this weekend. With Kante and Matic likely to anchor the midfield again in this tough away trip, it may be a straight choice between Cesc and Oscar at number 10. We would be inclined to give the Spaniard a start. 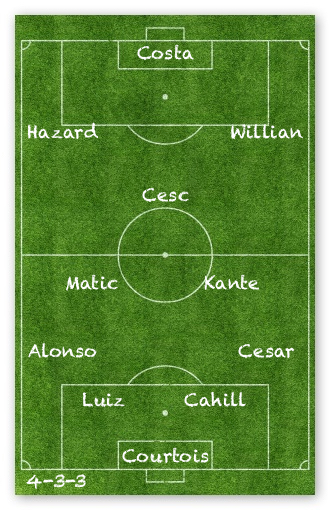 As for Arsenal, they are purring again after a typically slow start. As usual, the big question is whether they can beat the big boys after easily despatching the minnows.

Granit Xhaka is making a compelling case for a start but Arsene Wenger seems apprehensive to bring him in to the fold too quickly despite some outstanding performances in the hallowed red shirt.

But this is surely the perfect game for his rare blend of grit and guile. So we expect him to start the game. Arsenal may have Olivier Giroud and Aaron Ramsey back from injury for this one and, if so, the Frenchman may start. But TFF would prefer to see how Perez develops after breaking his scoring duck for The Gunners.

So here is our strongest Arsenal side for what will either be a belter or a tepid 0-0. 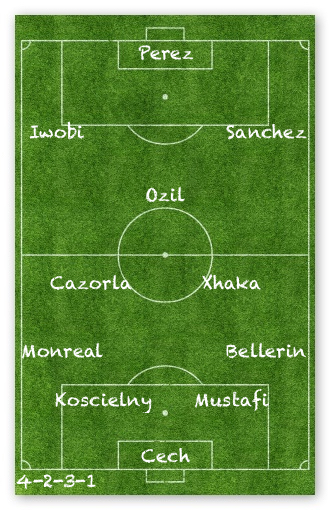