Arsenal are coasting along nicely at the moment but, having let good situations slip so many times in recent memory, they will do well not to prioritise the league or Europe at this stage.

Because any silverware is good silverware and Arsenal could certainly use an early spring trophy this season.

But Arsene Wenger must juggle with the coming festivities and perhaps Alexis Sanchez should be pardoned for this game.

With Olivier Giroud in such fine goalscoring form, TFF had assumed that he would get a start and Sanchez would be used sparingly and if necessary from the bench.

But Giroud has a hamstring problem which could keep him out of this one and Lucas Perez is still not back from injury.

So perhaps Arsenal will go with Theo Walcott up top if they want to wrap Sanchez in cotton wool after a busy period and with the superstar carrying a slight muscle injury of late.

But with Arsenal in such fine form we believe that they will still have too much for a stubborn Southampton if they respect their opponents and put a strong team out.

Here is the XI which we think can get past The Saints. 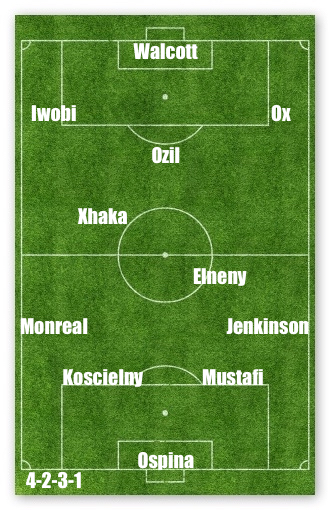