The same old concerns have surfaced at Arsenal this season but we think they’ve really improved their squad and first XI.

The signings of my Mustafi and Xhaka should prove to be excellent in the medium to long term, while Sanchez and Ozil have been top performers.

In general it’s a mature squad which should be pushing for serious silverware come the end of the season. We wonder whether the manager has quite enough ambition to really drive this brilliant side on to the top prizes.

But when you look around this current squad there are not too many chinks in the armour.

Perhaps the wings could have even better players than Theo Walcott and The Ox and the left back position could use someone that is as good as Hector Bellerin.

But the goalkeeping department, centre of defence, midfield and striking positions are beautifully equipped.

TFF has often had a rant about Arsene Wenger and some of his decisions. But overall we think he’s been a brilliant manager of the club and steered them through one of the greatest transitions in their history while at the same time keeping them in the Champions League every year.

But perhaps now is the time to look at a new coach – give Wenger the rest of the season to enjoy himself and then get a younger man in.

TFF believes that Arsenal should try to pull out all the stops and bring Diego Simeone to the club in the summer. 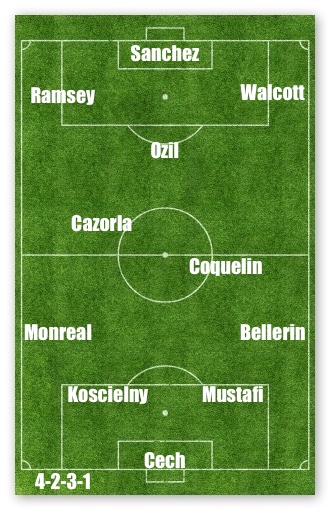