Playing away at Southampton is one of the trickier fixtures on the calendar and although the form of the Saints has been up and down this season, they remain a quality outfit.

But the Arsenal naysayers have been somewhat muted this season because it is hard to argue with the notion that the Gunners now have more steel in their squad.

Many would opine that a home game against Burnley should result in a comfortable win. But this is the toughest league in the world and Swansea’s defeat of high-flying Liverpool at Anfield on Saturday was a classic example of the potential pitfalls of the Premier League.

Burnley fought for their lives and must have felt a point was in the bag when they won and converted a 93rd minute penalty.

In previous seasons that would have been it. But Arsenal again confounded the critics with a last minute penalty of their own and that would have filled the bars in North London on Sunday night.

Arsenal now sit in second place and the FA Cup will provide some interesting respite. Arsenal will hopefully put out a strong side and play with freedom.

Theo Walcott, Per Mertesacker and Mathieu Debuchy are all crocked right now but all have an outside chance of making the squad for the trip to the south coast.

With massive Premier League encounters to come Arsenal may play with some caution but we still expect them to put out a strong team with this a realistic chance of silverware.

Here is TFF’s Arsenal XI to dispatch Southampton in what could be one of the games of the round. 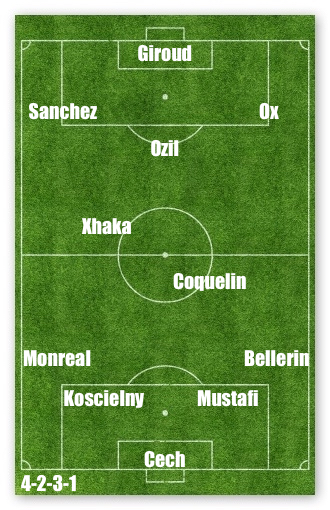