It wasn’t exactly the most convincing victory for Arsenal, who beat Burnley with virtually the last kick of the game at Turf Moor in the last round of fixtures.

But winning ugly hasn’t always been Arsenal’s strong suit and it’s a vital element in a serious title charge.

Perhaps we can finally begin to whisper that The Gunners have broken through that glass ceiling after years of being also rans.

They certainly appear to have their strongest squad in years with genuine competition for places and the sort of steely spine that has for so long been absent from the side.

CHECK OUT THE TFF PODCAST WITH PREVIEW OF ARSENAL V SWANSEA

The main injury doubt coming into this one is with the brilliant Spanish right back Hector Bellerin who suffered a knock on international duty. We have erred on the side of caution with our selection and quite fancy the highly mobile Gabriel Paulista in his stead.

The Brazilian needs game time and why not throw him in at full back?

Other than that it’s pretty much as you were and this game will provide the perfect gauge of Arsenal’s title credentials. Anything less than a convincing win will leave us concerned that it’s the same old Arsenal. But, actually, TFF thinks that The Gunners will still be in the title race come May. 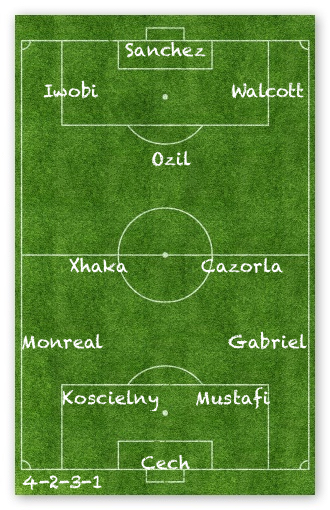