For those Arsenal fans worried about the slow start, history tells us that The Gunners should rally to an impressive, meaty middle of the season.

The problem starts again when it gets towards the business end of the campaign. If this season is like the last twelve then Arsenal will struggle in the crunch games and once more burst the bubble of those who had dared to believe again.

It just all feels a bit stale at The Emirates right now. No new faces to get excited about, save for a decent if unremarkable midfielder, and a similarly soft underbelly with Arsene Wenger in charge.

A change should be as good as a rest for Arsenal in terms of a management but it’s not going to happen before the end of the season so let’s deal with what’s in front of us.

Alexis Sanchez wasn’t happy up top at the weekend and it’s clearly not his best position. With Arsene dallying in the market perhaps Olivier Giroud will have to carry the burden again at number 9.

The Frenchman returned to the fray at the weekend and TFF would be starting him against Watford with Sanchez and Walcott either side for pace on the counter.

Cazorla was decent against Leicester but TFF thinks that he may drop out at the weekend so that Ozil can come in and Arsenal can use two more cautious central midfielders away from home.

So here is our stab at the best XI for a game which Arsenal surely must win. Gunners fans: is this the strongest XI for a tough away trip? 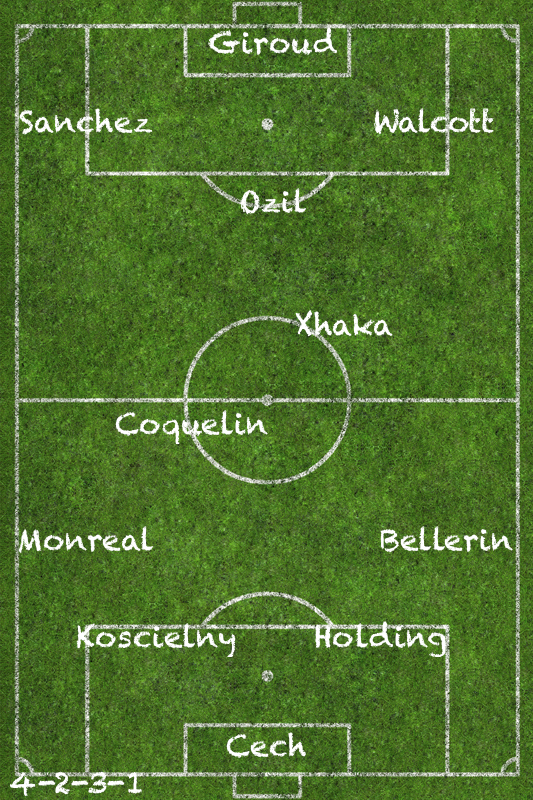