Arsenal’s brilliant winning run came to an end against Crystal Palace at Selhurst Park on Sunday. Next up, the Gunners will collide against Blackpool in the Carabao Cup tomorrow night.

Manager Unai Emery will be looking to get back to winning ways but he will surely have an eye on the weekend’s contest vs high flying Liverpool.

Therefore, we can expect more than a few first team stars to be rested vs Blackpool in the League Cup.

Leno should retain his place in the goal. As far as the defense is concerned, Lichtsteiner could return to start in the right back position in place of Bellerin.

Sokratis and Holding could start in the central defense and Xhaka will probably retain his place in the left back position. Egyptian international Mohamed Elneny could start with Guendouzi in the central midfield for the north Londoners.

As far as the attack is concerned, the likes of Ramsey, Mkhitaryan and Smith Rowe will likely start behind England international Danny Welbeck. 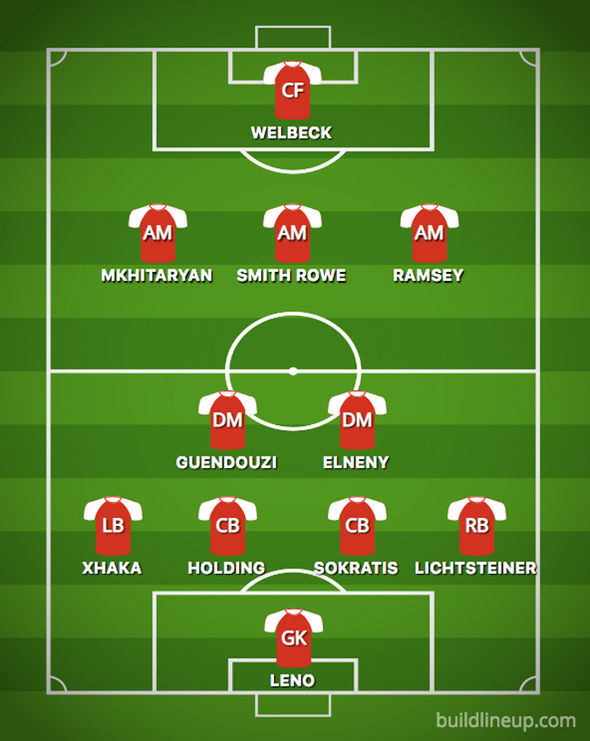