It was fairly comical – for all but the Gooners themselves – to see how quickly many Arsenal fans reverted to their default position on Arsene Wenger as the tide turned against Manchester City.

From a winning position Arsenal conceded two goals and the social media channels were suddenly once more awash with criticism for Arsenal under the Frenchman.

The suggestion of a lack of spine returned with force and it has to be said that Arsenal do too often crumble in the big games.

But there has patently been progress at the club in the last 12 months. The point salvaged at Manchester United spoke of improved steel and there has been real consistency in the team this season.

Arsenal don’t win enough silverware but perhaps some fans have got complacent about the fact that Wenger has kept this club at the top table for twenty years and, when he does leave, the club will be in great shape with a wonderful squad profile and an exciting style.

We do hope that Wenger gets a big trophy this season because some think that this will be his last at the club.

But a win against WBA is the main concern right now and Arsenal have eight injuries to contend with.

Oxlade-Chamberlain, Mustafi, Ramsey, Debuchy, Cazorla, Akpom, Mertesacker and Welbeck are all crocked and only Aaron Ramsey has a good chance of coming back for this one.

So here is the team that TFF thinks can topple West Brom.

Arsenal fans: have you progressed as a team and squad in the last year? 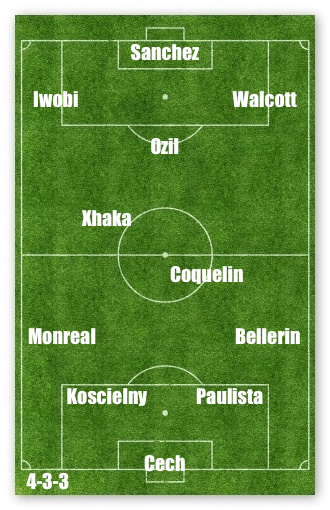