Chelsea are reportedly still looking to strengthen in the centre of defence and up top but, at this stage of pre-season their priority should be a defender.

Because, with Kurt Zouma not yet match fit after a serious injury and the paint peeling off the Cahill/Terry partnership, Chelsea could really use some freshening up in that area of the park.

To this end, the name of the lips of most is Kalidou Koulibaly. The 25-year-old Senegal stopper is currently with Napoli, who have rejected two bids from Chelsea so far but may be resigned to ultimately losing one of their star men.

Koulibaly has had a full pre-season with Napoli and Chelsea don’t play until Monday against West Ham in their opening game of the campaign (Stamford Bridge, Kick off 20:00 BST).

So there is still an outside chance that Antonio Conte could get this one over the line and for Kalidou Koulibaly to play some part next week.

So, if he did come in, could we expect a much-mooted change of formation against West Ham.

In reality it may take time to drill his players properly if he does plan a 3-5-2 or similar. So perhaps we should expect a more conventional system for this one.

Chelsea’s only injury concerns are over Zouma, who will miss this one, Marco van Ginkel and John Terry who sustained a head injury in pre-season but should be ready for the opener.

With all this in mind, here is how we think that Chelsea will line up, with and with Koulibaly.

Blues fans: can you see a change of formation this early in the season? 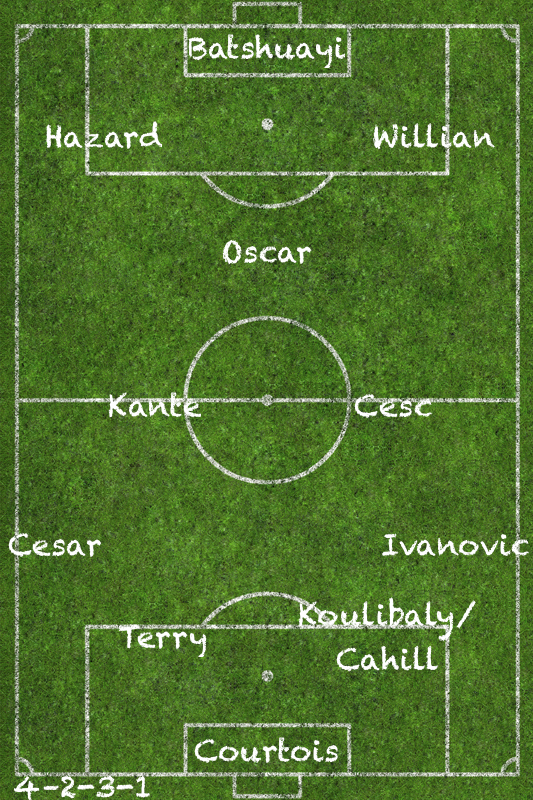