It’s all falling into place for Manchester United under new manager Jose Mourinho and if the club signs Paul Pogba, as seems highly likely at this point, the team will look markedly different from the one that Louis van Gaal relinquished control of in May.

With the additions of Pogba, Zlatan Ibrahimovic, Henrikh Mkhitaryan and Eric Bailly, the first XI will have a lot more power for starters. Van Gaal liked his utility men and, while all his acquisitions had good technique, they sometimes lacked the brute force required to truly mix it in The Premier League.

Too often United fumbled around with the ball, passing sideways, and not getting anywhere fast.

But this incarnation should pose far more direct and regular threat to opponents great and small.

We Jose add more major singings? There has been talk of a fifth player arriving and, at this point, the most likely fifth arrival would have to be Fabinho or John Stones.

Stones is seemingly agitating for a move and many suspect that he will end up at rivals City. But reports over the last 24 hours have intimated that Jose will bolster his central defence with the brilliant youngster. It would be a marvellous long term deal but perhaps Manchester United fans would be a bit greedy expecting to sign another show-stopper this summer.

Some may see the more likely addition as Fabinho. Although Timothy Fosu-Mensah is a promising youngster, Manchester United don’t have a specialist right back with experience and Fabinho, while on 22 himself, has played a lot of games for club and represented Brazil at senior level.

So let’s assume that he does come in. How will Manchester United line up?

Well we have them in a fearsome 4-2-3-1 with improvements in every department. It’s a team that TFF believes will win the league. 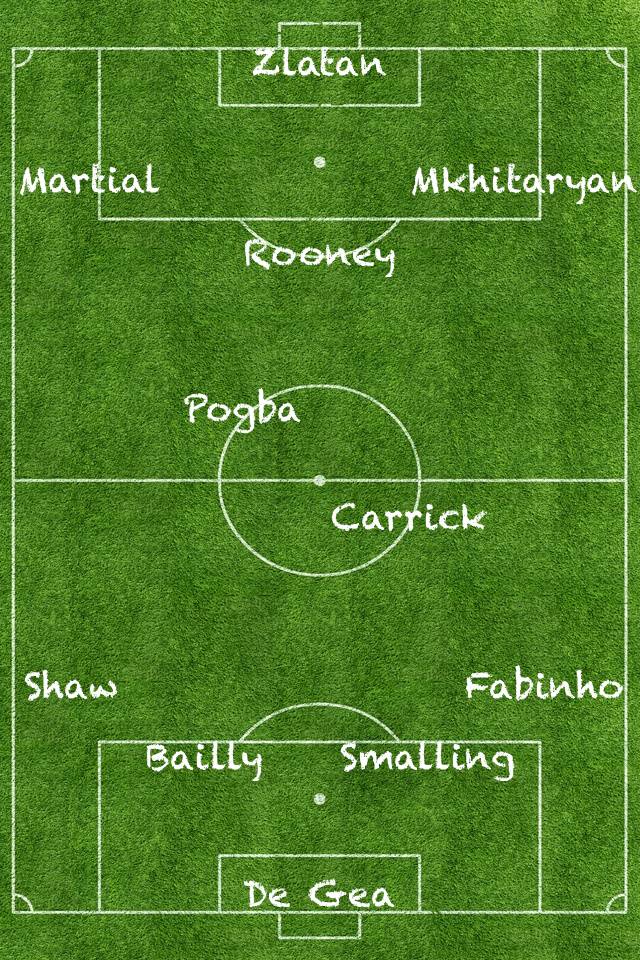