Everton haven’t had the most exciting of years but perhaps we are being complacent in this view.

Because what they do have now is stability. The sort of stability that we couldn’t always take for granted over the last 10-15 years.

TFF has always had great faith in the clear thinking and decisive management skills of Ronald Koeman and we still believe that he will improve the team and squad and drive it on to bigger things.

We should also consider that Everton are in a tough situation. Success for them ends getting in to Europe but they are competing on a tiny budget compared to their rivals.

So stability and exciting football should be the aim at this point. And TFF believes that, given time, Koeman will elver on both.

The addtion of Memphis Depay in January would be really interesting. Surely the Everton manager would fancy himself to get the best out on an outstanding but mercurial talent.

Their is already fantastic foundation to build on with the first team and while the likes of Jagielka and Baines are in the autumn of their careers, Coleman, Barkley, Deulofeu and Lukaku can drive them on for years to come.

So here is what TFF thinks is Everton’s best performing XI of 2016. There are a few contentious names in there and we would love your opinions on who we have missed and who you would keep in the Everton team of 2016. 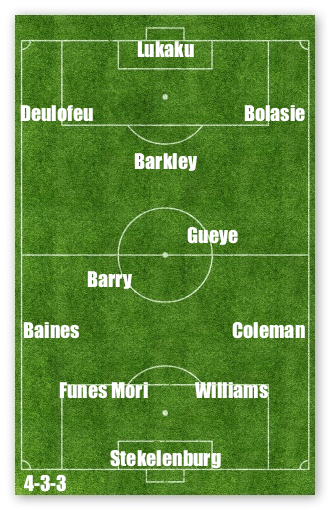