Few days back, The Sun covered an exclusive report and claimed that Liverpool boss Jurgen Klopp is ready to spend 85 million pounds to sign Ousmane Dembele from Barcelona.

The 21-year-old French international is a top class attacker, who can be deployed in multiple offensive positions and it will be intriguing to see the position he will play if he does end up moving to Anfield.

At Dortmund, Dembele was mainly utilized in the central attacking midfield role. However, at Barca, he has mostly played on the left wing under the management of Valverde.

At Liverpool, Klopp has mainly used the 4-3-3 formation but at times, this season, he has effectively utilized the 4-2-3-1 system as well.

The former Bundesliga star would surely cost a lot and if he does arrive, he should get straight into the starting XI and Shaqiri could move down the pecking order. Since the departure of Coutinho, Liverpool have missed a top dribbler and Dembele has the ability to fill that void

In the presence of the Les Bleus star, Klopp should use the 4-2-3-1 formation more often. Mohamed Salah has been more productive in the CF role this season, so, the World Cup winning star should start on the left wing and Mane should start on the right wing.

Here is how Liverpool could line up with Ousmane Dembele: 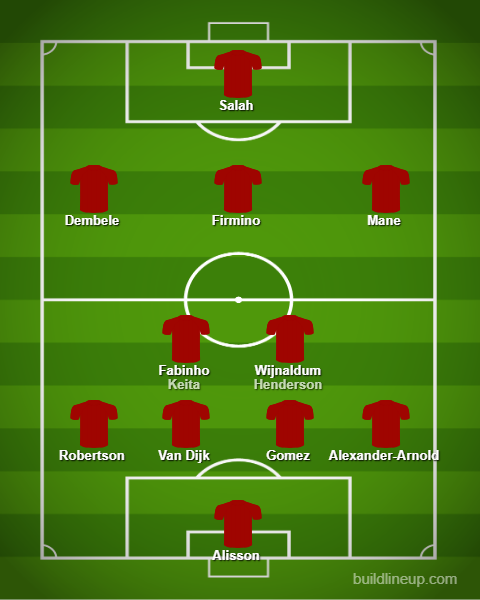