The fact that Liverpool have such a tough opener, and away from home, may mean that Jurgen Klopp starts the season with a more defensive and cautious line up than he plans to use for the majority of the season.

Because, let’s not forget that he now has a wonderful array of attacking talent from which to choose.

The Liverpool boss has made two superb attacking signings. Players who performed out of their skin last season in Sadio Mane and Georginio Wijnaldum.

In terms of injuires, Sakho, Karius, Leiva and Gomez are the definite absentees from the season opener.

There is also a doubt over Alberto Moreno but he should be fit for the Arsenal game.

There are obvious starters. Mignolet will get a stay of execution in the absence of Karius. We imagine a back five along the lines of Mignolet, Clyne, Lovren, Klavan and Moreno with Joel Matip still recovering from a slight ankle problem.

The midfield is interesting with the likes of Milner, Can, Henderson and Grujic battling it out for places in the engine room.

And the fit again Daniel Sturridge will surely lead the line, meaning that it could well be any three from four of Roberto Firmino, Georginio Wijnaldum, Philippe Coutinho and Sadio Mane in behind him.

It’s a really strong squad and, dare we say, we are expecting big things from Liverpool this season – particularly going forward.

So here is our stab at the Liverpool XI to take on Arsenal at The Emirates in their season opener on Sunday August 14th, kicking off at 16:00 (BST).

Liverpool supporters: what are your thoughts on this line up? 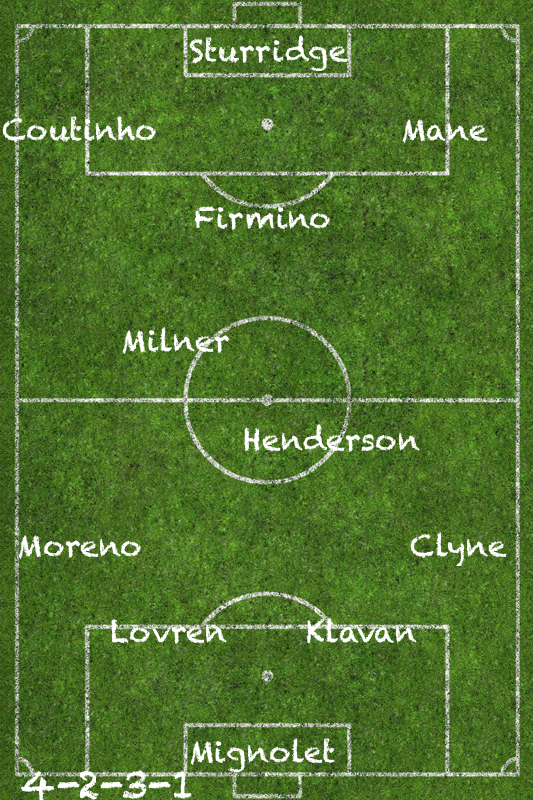