Manchester City look to be on the cusp of signing the brilliant Schalke winger Leroy Sane in a deal which could top 40m of your earth pounds.

Of course that is mere chicken fodder to the money men at Manchester City.

But we feel that, after a year or two when their major signings haven’t performed, they have struck gold with Sane.

We are very surprised that more clubs didn’t weigh in with big bids because Sane has the potential to be one of the best players in the world over the next five years.

He not only has pace to burn, great dribbling skills and an eye for goal, but he seems to have the rare football brain that usually separates the good from the great.

Manchester City have also signed Ilkay Gundogan and Nolito this summer. Both are good acquisitions but neither will be expected to start the first game of the season.

Gundogan is still recovering from injury and has been blighted by them over the last few years. But he would be in TFF’s strongest XI when fit because he’s a lovely, two-footed creator.

And Nolito will surely be seen as an understudy to the peerless Sergio Aguero.

The other point of contention is Raheem Sterling. He will get game time of course but it could be a straight scrap between him and Leroy Sane for the flank that Kevin de Bruyne isn’t occupying.

It’s a real conundrum but one that every manager would like to have. At this point we believe that Manchester City’s strongest XI, when all are fit, would look like this. 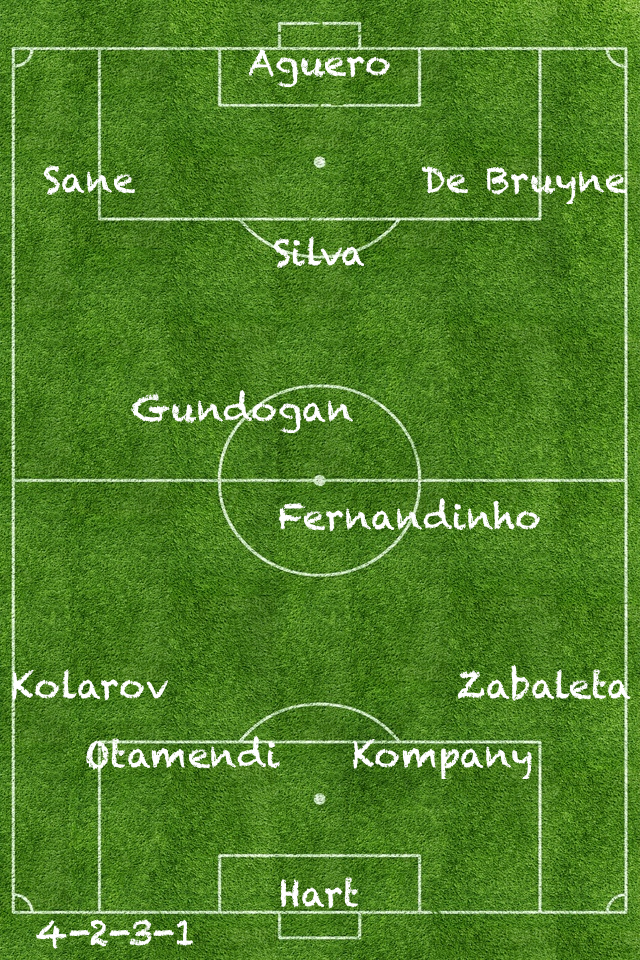