Manchester United fans have to be absolutely euphoric about the way of the season ended. Because Jose Mourinho’s first term in charge was a success. He got Manchester United back to the promised land of Champions League football even if their league position was ultimately a disappointment.

Now they can sit back and watch as Manchester United splurge huge amounts of money again on reinforcing a side which has a lot of potential but lacks fairy dust.

And two of the biggest signings could well be forwards, which makes for an even more exciting summer.

Because highly respected British media outlet, The Guardian, said of Griezmann this week that:

The forward is wanted by José Mourinho to play behind Everton’s Romelu Lukaku, who is another target.

They did report today that United have since cooled their interest but that:

That does not mean that United may not return and try to sign him in the future.

These two would surely cost in excess of £150 million and form a completely new front line for Manchester united. But wow would the team line up if they did come to Old Trafford?

It’s difficult to imagine Zlatan continuing in the first XI if Lukaku was playing. They’re both similar in terms of leading the line and holding up play with their power and precision.

TFF doesn’t believe there would be room for both in the starting XI. The signings would also surely spell the end of Wayne Rooney at Manchester United.

He’s had a fantastic career but has slowed noticeably over the last couple of seasons. And it would also be a concern for the likes of Juan Mata and Henrikh Mkhitaryan who like to play at number 10.

Manchester United fans – is this a noticeably better side than what you already have? 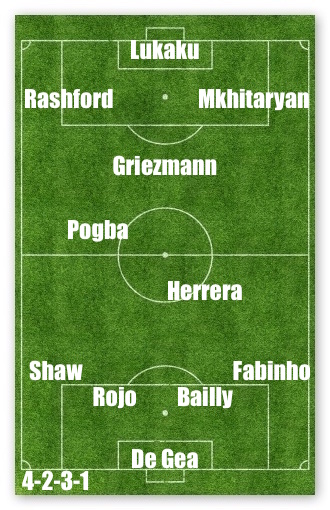