The Paul Pogba to Manchester United deal brings back painful reminders for some of the summer of 2012 when Wesley Sneijder was the subject of intense and protracted speculation about a big move to Old Trafford.

The crucial difference, many will hope, is that these stories have a different ending.

Because while the Dutchman didn’t complete a move the Pogba deal, dare we say, looks likely to happen at this stage.

And what a massive signing it will be for an, until recently, ailing club.

Jose Mourinho has brought class into the side this summer and, for once, even Zlatan has had to take a back seat to the speculation about a world record transfer for the sublime 23-year-old.

But let us not understate the importance of the Zlatan capture either. He can have the same effect as RvP did when he came into Manchester United a few years back – he will offer the cutting edge and ruthless finishing ability of RvP which catapulted United to the title in 2013 – the last Premier League triumph for The Red Devils.

Manchester United will be a team transformed by these captures and Henrikh Mkhitaryan is also a fantastic player. If Pogba does arrive Manchester United will have the best front five in the league and, if they gel quickly, expect goals and great entertainment. Old Trafford will become a place for opposition teams to fear again and a serious challenge for Champions League honours in 2017/18 would not be beyond this team.

The front five and goalkeeping positions would be set in stone with De Gea, Pogba, Zlatan, Henrikh, Martial and Rooney nailed-on starters when fit.

Luke Shaw’s recovery continues and he will make the left-back position his own for a decade if he gets back to his pre-injury best.

Chris Smalling will never be technically as good as someone like Rio Ferdinand. But he’s tall, quick and highly mobile. He had a great season last year and will expect to be a first-choice to start the season.

And The Guardian recently reported that Jose Mourinho will make Phil Jones his partner to begin with – to find out, once and for all, if this is the perfect defensive duo moving forward. We believe that if Jones stays fit, he’ll get a run in the team alongside Smalling.

Mourinho has also signed Eric Bailly, 22, from Villarreal and the Ivory Coast centre-back and Marcos Rojo are expected to deputise for Chris Smalling and Phil Jones, who have been informed they start the term as the first-choice pairing.

That just leaves the right back position. Manchester United didn’t spend £30m on Eric Bailly to leave him on the bench but he may be a little inexperienced to carry the burden of a crucial centre back spot right now. So TFF thinks that there is a good chance he will start his United career at right back.

With all this in mind, here is how we think Manchester United will start the season if they capture Pogba. And what a team….

Manchester United fans: would this be the strongest line up? 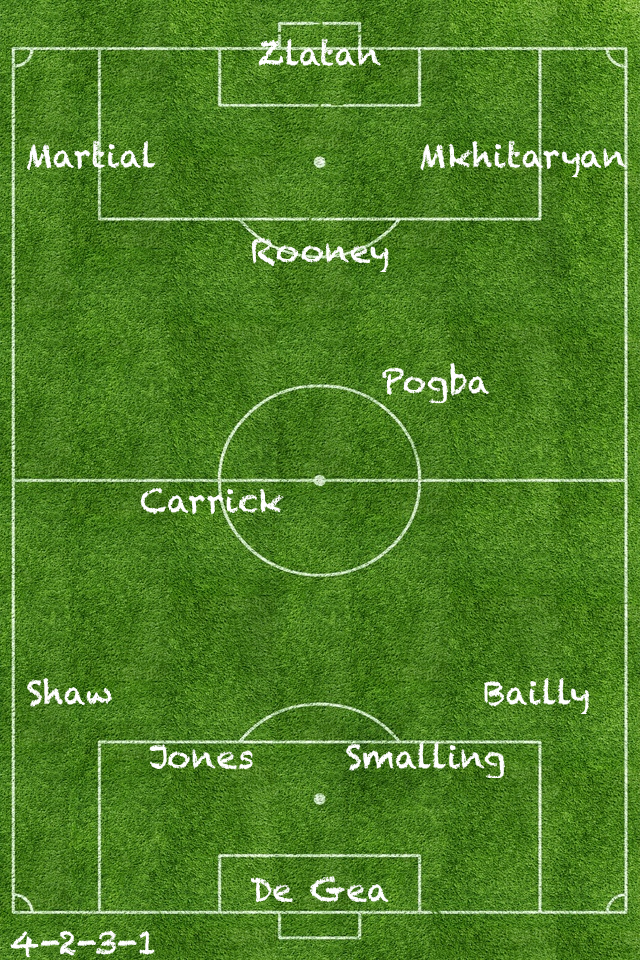