You have to hand it to Jose. After several years of fumbling around for star signings, the new Manchester United boss has shown that he is not only a great manager but a manager with a great allure.

He’s brought one of the top ten players in world football to the club. Zlatan may be 35 in October but he just banged in 50 goals for PSG in a single season and he’s a monster of a man – no worries there then.

Meanwhile Henrikh Mkhitaryan is a player who top Premier League clubs wanted and the selling club were desperate to keep, even if it meant losing him for nothing in a year.

The midfielder/winger has hit 84 goals in his last 240 club games – a record that would make many a top centre forward weep with envy – and could be a show stopper for Manchester United next season.

Eric Bailly has all the attributes to be a top defender. He’s utterly tenacious, quick and powerful. The expectation is that he can give ten years of service to the club. But we have a hunch that he will start at right-back.

But Jose mentioned ‘Four priorities’ in terms of transfers and most believe that the fourth target is Paul Pogba.

There is little doubt that Pogba could drive the next great Manchester United team to success with his skill and dynamism that makes Yaya Toure look like a very talented but inanimate object.

And perhaps Manchester United will show more desire to get the player than Real Madrid.

If this fourth signing comes off we have no doubt that Manchester United will win the league in Jose’s first season.

On Tuesday Mourinho told the press that Wayne Rooney will play in attack next season. This suggests to us that Jose will stick with his 4-2-3-1 formation that has served him so well down the years.

And this would be the most likely line up, according to TFF. Let’s have your thoughts. Is this the best XI with Pogba? 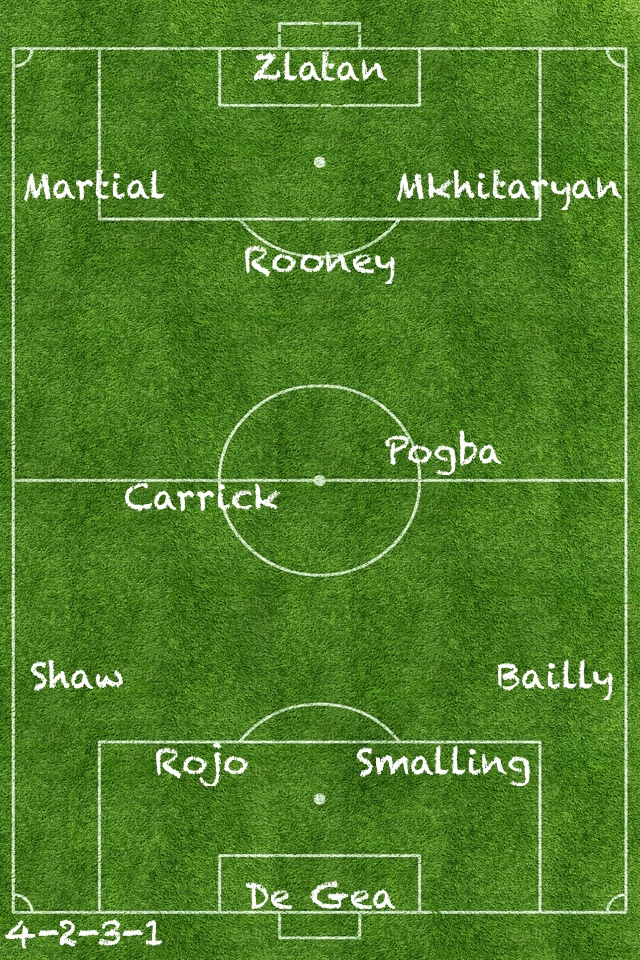