Manchester United fans are starting to believe that the bad times are finally behind them.

After 3 years of stasis and treading water the club now has a leader who almost certainly guarantees success.

The Community Shield is in the trophy cabinet and Manchester United will this week announce the world record signing of Paul Pogba from Juventus – exciting times indeed.

And although Pogba has clearly been keeping in shape with some well-publicised kick boxing and basketball sessions Stateside, it would be ridiculous to suggest that he could start against Bournemouth in Manchester United’s first game of the season on Sunday at 13:30 BST.

That said, the only way he is going to get match fit now is by playing games and we might expect him to find a place on the bench if his medical goes well and he gets a full week of training in.

Pogba will be introduced slowly but there are other really encouraging signs from United under Jose.

While Wayne Rooney needs time to get into shape, as usual, Zlatan showed that even if he has a quiet game you simply can’t take your eyes off him.

His strength to score the winning goal at Wembley augurs well for Manchester United this season.

As for Juan Mata, well, the writing could be on the wall for him already. He was humiliated at Wembley when he was substituted just 27 minutes after coming on and may well feel it’s time to move on again.

But here is how we think that Manchester United will line up for the big kick off. 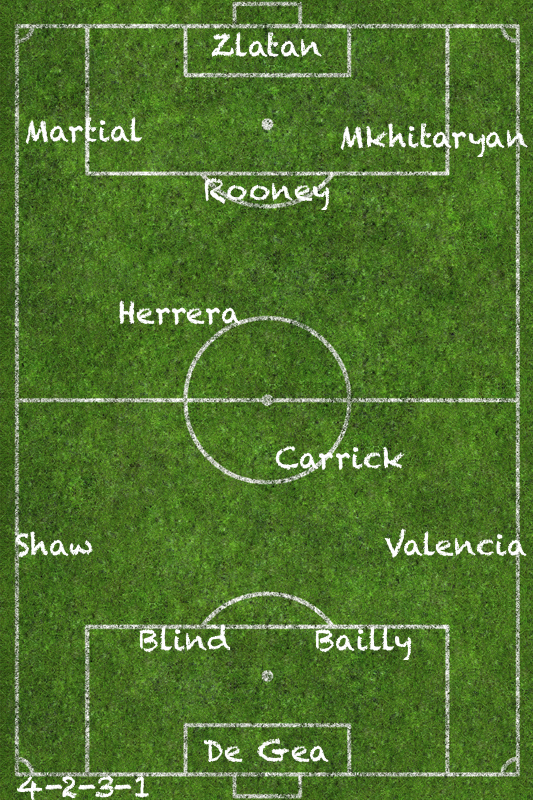