Jose used his press conference on Friday to bare those famous teeth of his.

He criticised managers for talking about Paul Pogba in a move that will see some suggest that Mourinho is back to his old tricks.

But it’s really important to remember that Sir Alex used these tactics for 26 years at Manchester United. The club needs a shake up and Jose is the only man who can deliver.

And he will demand performances and results immediately. He would be enraged if Manchester United came away from Bournemouth with anything less than three points as The Premier League title is surely his priority this season.

And there is good news on the injury front with returns to training for the only injured players – Chris Smalling and Timothy Fosu-Mensah.

It’s difficult to know for sure how Jose plans to use the highly promising yet still erratic Fosu-Mensah.

He’s easily physically developed enough for The Premier League despite his tender years.

And, although Antonio Valencia showed some good attacking intent from right back in pre-season, technically he’s not great.

The other contentious position is at centre back. Perhaps Chris Smalling hasn’t had enough game time to be included against Leicester so we should perhaps envisage a Blind/Bailly partnership.

With Pogba to Manchester United still not done, here is how we see United lining up for the showcase at Wembley on Sunday. 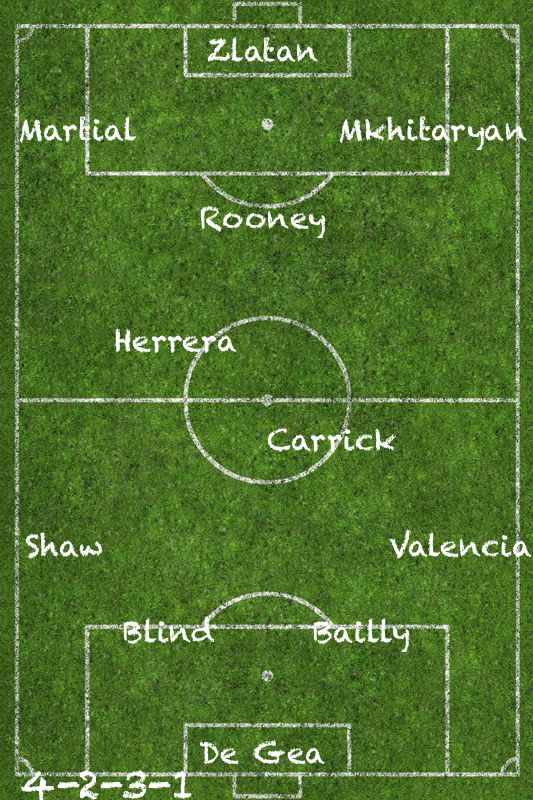