However ponderous Arsenal can be in the transfer market, TFF does feel that Arsene will bring two more players to the club this summer.

One of the latest players to be linked to a move is the brilliant Newcastle midfielder Moussa Sissoko – a player that TFF particularly likes. Talksport says:

….however talkSPORT understands the Gunners are not prepared to meet Newcastle’s £35million valuation.

Quelle surprise! Arsene is reportedly being as prudent as ever on this one. But it does seem curious that after years of being criticised for not having a top anchor man, he would be signing two in one summer.

In fairness, Sissoko is much more than a water carrier. He can play further forward in the midfield and loves to attack. He’d be a lovely signing for Arsenal, but we suspect that a top striker would be viewed as more of a priority for many an Arsenal fan.

To that end, reports have linked the club with a move for Mauro Icardi, the 23-year-old Argentina striker who plies his trade at Inter Milan and has scored 52 goals in 102 appearances in Serie A over three years.

Is Icardi finally the answer to Arsenal’s striking conundrum in the biggest matches? TFF says absolutely yes. This is a player the like of which Arsenal don’t have for the number 9 position. He’s quick, ruthless and can change the tightest of games.

So here is how Arsenal might line up if they brought these to excellent players to the club. 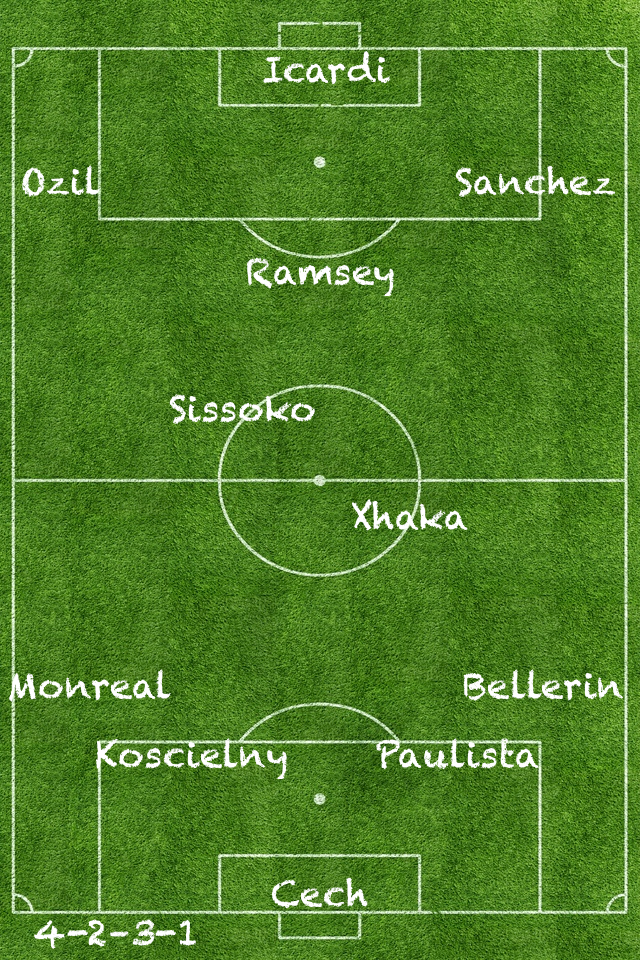