What a team Arsenal could have with Götze

Arsenal are being linked with a move for Bayern Munich playmaker Mario Götze in the latest news cycle.

It will leave some Arsenal fans screaming blue murder as Arsene Wenger may once again blow the transfer kitty on a creator.

But let’s not forget that the boss has potentially solved an age old problem in the midfield with the signing of Granit Xhaka already this summer.

He will surely tighten up the Arsenal engine room and make The Gunners harder to play through.

But we would still be opting for a world-class striker and another top centre-back ahead of a player like Mario Götze – surely they would be the priorities of many a Gunners fan this summer.

But how would Mario Götze fit into this Arsenal side?

Well he likes to play at number 10 where he can drift around behind the number 9 and assist as well as scoring goals.

But Mesut Ozil has surely got that position locked down in the side and playing him anywhere else would possibly reduce his effectiveness as a central member of the team.

Which means that, if Götze did come to The Emirates, we could perhaps expect him to play on the wing. He’s not blessed with lightning pace but nor is he a slouch.

He’s got a good engine and at 24 lots of fuel in the tank. He could be a very effective wide man for Arsenal – a player with the technique to distribute the ball beautifully but also a winger who would like to cut in and cause havoc in more central areas.

In fact, the idea of Sanchez, Ozil and Götze lining up behind a striker is positively mouthwatering.

We would like to see Giroud get some genuine competition up top and with Welbeck once more injured long-term, another striker must surely be on Arsene’s menu. 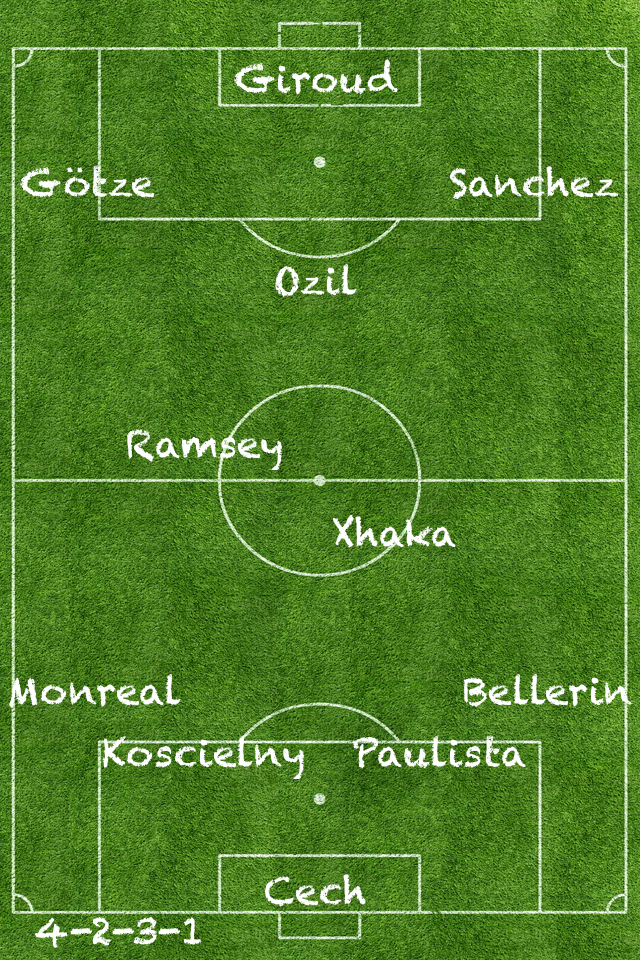