Mercurial. That is the word that immediately springs to mind when trying to sum up Liverpool under the management of Jurgen Klopp.

He’s got to be the most popular Liverpool head coach since Rafa Benitez and probably beyond.

But his reign has so far been symbolised by two steps forward followed by one and a half backwards.

In truth the dismantling of Arsenal was in itself disjointed. Liverpool were very average in the first half and only played virtuoso football for about 20 minutes in the second period.

But the omens are still positive for this club. Because the class is there for all the see – in spates at least. Klopp now needs to find the consistency and make Liverpool into a team that performs not for 30 minutes or even 60. But for the full 90.

If he can do that, soon, then Liverpool can challenge for the title. But with the other big boys recording perfect starts there will be little room for manoeuvre in this campaign.

But TFF has said for some time that the Achilles Heel in this squad is its defence and that continues to be the case.

Perhaps when Matip is assimilated and Sakho is fully fit we will see some more solidity at the back.

For now we will stick with Lovren and Klavan at the back and hope for improved understanding in what should be the game of the weekend.

And Sadio Mane has a fighting chance of being fit after the shoulder injury which kept him out of the Burnley debacle. TFF brings him back into the side and also swaps Firmino out for Sturridge as the Englishman is fresh and will be desperate to impress.

So here’s our stab at Liverpool’s strongest XI vs Spurs (kick off 12:30 BST Saturday). Reds fans: is this the best side for the weekend? 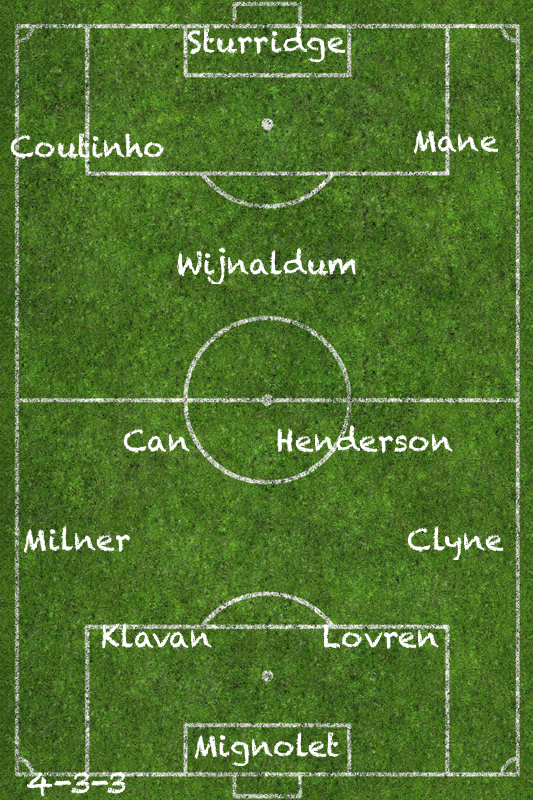