With so much speculation currently flying around it’s virtually impossible to predict how Manchester United will line up come August – but TFF gets very bored with ‘easy’.

What we do know is that Jose has always deployed a 4-2-3-1 throughout his career. It gives his team width but also strength at the back as the wide men are verbally butchered if they don’t help out their fullbacks.

The latest rumours suggest that Manchester United are keen on Leonardo Bonucci and could be in negotiations with Basel for the talented 19-year-old striker Breel Embolo.

Sky Sports are saying of Embolo:

Whether this means a deal for Zlatan is less likely remains to be seen. But United do need a lot more strength up top so perhaps Mourinho is looking for a striker for the now (Zlatan) and one for the future. That said, Embolo has already played three full seasons for Basel so perhaps he could jump straight in.

As for Bonucci, he may be 29, but we wouldn’t be particularly surprised if Jose decided to bring the streetwise defender to Manchester United in this transfer window. He would be an excellent ball-playing partner for the highly athletic but less polished Chris Smalling who does a good job for United but can still look like a nervous, novice ice-skater at times.

The other player who we believe is more likely than not to come to Manchester United is the brilliant, resolute playmaker, Henrikh Mkhitaryan, whose name we are going have to learn to spell if we are ever going to get past the boring Google search every time we want to refer to him.

He would be a massive hit at Manchester United, according to the TFFoffemeter. He’s strong enough to cope with England but also a wizard with the ball at his feet. 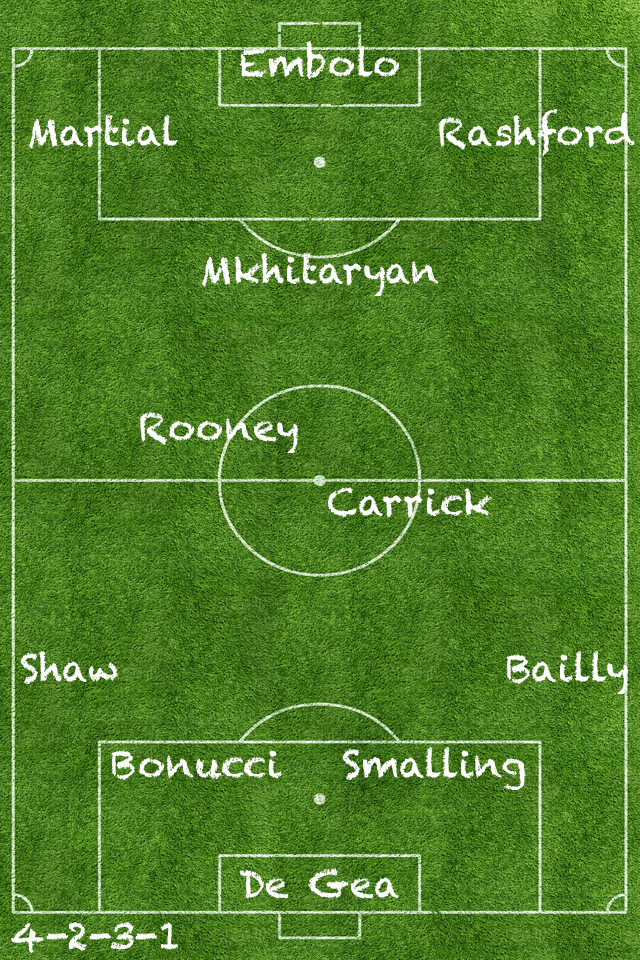