Chelsea have been persistently linked with a move for Real Madrid striker Alvaro Morata this summer and the speculation resurfaced again today with The Mirror stating:

“My bet is that Real Madrid will sell Morata,”

“And he would only go to the Premier League. This will be a transfer which is not less than 60m euros (£50m).

“He’s tall and fast and that suits the English style very well, he would do very well here. He is like a much younger Zlatan Ibrahimovic.”

Our bet is that Morata will join up with Chelsea this summer as a replacement for Diego Costa, who hasn’t looked happy for some time.

Alvaro Morata hasn’t been a prolific goalscorer so far in his career but he is only 23 and his goals ratio will surely improve.

What Chelsea would be getting is a powerful and quick player with a great first touch and genuine desire.

And in other Chelsea transfer news, Zenit St. Petersburg midfielder Axel Witsel has also been linked with a move to Chelsea.

He may be viewed as a plan b if Chelsea can’t snare Radja Nainggolan and what an alternative he could prove to be.

His game has some similarities to ex-Chelsea man Ramires but he is a bigger presence in the midfield and chips in with a few goals here and there.

Witsel is a hugely experienced midfielder who is coming into his prime at 27 and TFF believes that he could be an even better bet than Nainggolan.

It remains to be seen what will happen with The Blues’ defence next season but, for now, we shall concentrate on the forward areas and assume continuity in the back five at the start of next term.

So here his how The Blues could line up come August. Chelsea supporters – is this a much-improved line up from last season? 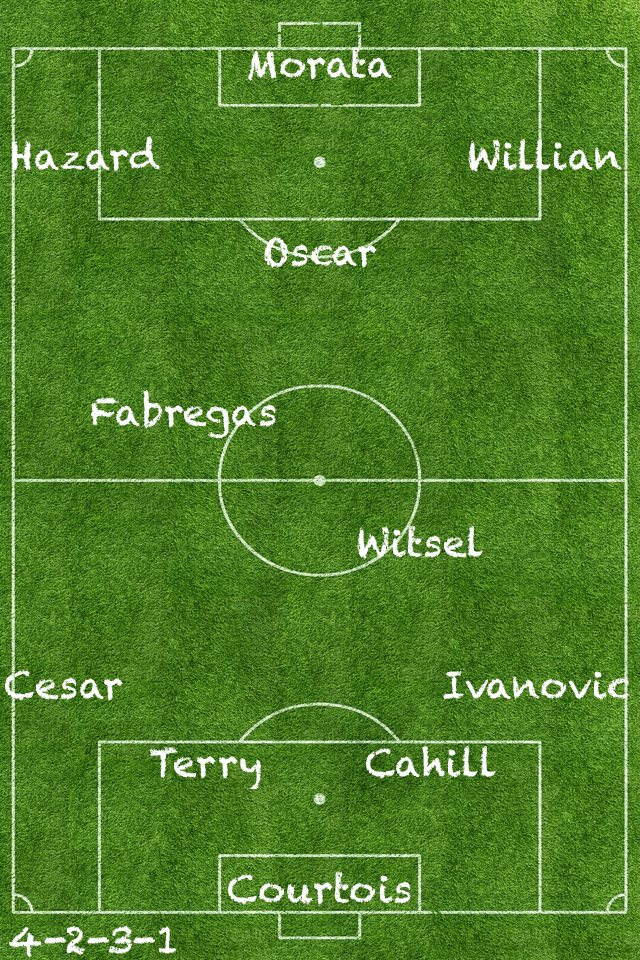