Real Madrid were strangely quiet in the transfer market this summer with the recapture of Alvaro Morata for £25.5m by far and away the biggest purchase of the window.

You could argue that the winners of The Champions League have less reason than most to strengthen but fans of Real Madrid may still be a little surprised by the relative inactivity.

But they do have wonderful quality going through the squad and two top players for most positions.

TFF will be interested to see what happens at number 10 this season. Despite much speculation James Rodriguez remains a Real Madrid player and will see this as a make or break season. We still believe that he is the best number 10 that the club has but he needs game time and the consistency that comes with it.

But competition for places is of course intense and players like Isco and Casemiro are also making strong cases for inclusion in the midfield.

Up front Alvaro Morata will see plenty of game time and could regularly slot in at number 10 if Los Blancos go for a more attacking formation. But Benzema has to get the nod if Real go for a solitary striker.

With all this in mind, here is TFF’s strongest Real Madrid XI with the window now closed. Los Blancos fans: what are your thoughts? 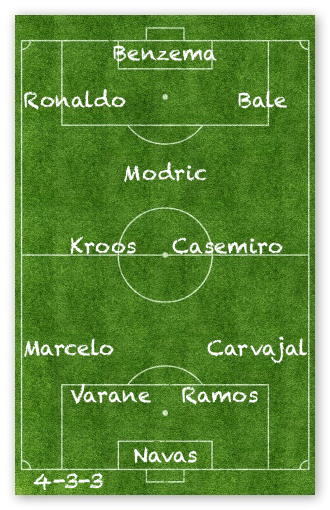