To state that Tottenham have had a disappointing year would be wildly inaccurate.

The fact that any of us could feel disappointed with the last three months only shows how much progress Tottenham made in general in 2016.

They ousted the likes of Chelsea, Manchester United and Liverpool from the Champions League spots and played some stunning football.

And, while they haven’t made great signings in the summer, they still have one of the most settled sides in the league.

No one else is close to him in the goalkeeping stakes at Tottenham.

Has really made that left back spot his own for club and country.

Solid as a rock at the back with his Belgian team mate.

Best centre back in the league? He’s got to be in with a shout.

He seems to have ironed out the inconsistencies to form one of the best back fives in the business.

Dipped a bit this season but has to be in the side for his overall improvement in 2016.

What a player. And he has really blossomed under Mauricio Pochettino at Tottenham.

Another who hasn’t been quite as good as last year but is once more showing signs of his class.

What a find. Should be an elite player of the future.

Injury has blighted his season 2016/17 but he was dazzling last term.

Mr. Reliable is back on the goal trail after a sizeable injury lay off. 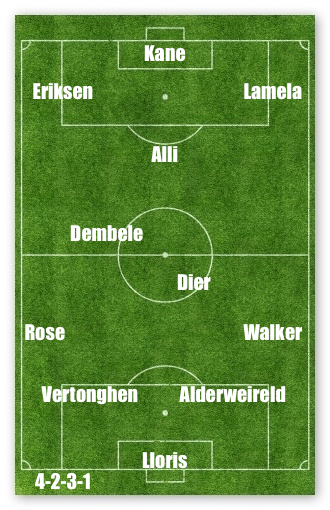