Tottenham may not have signed the sort of players to really get tongues wagging so far this summer but there is still time.

And, while we imagine that at least one more will come in before September, the Tottenham squad looks good quality and pretty deep already.

TFF believes that Victor Wanyama is a quality addition.

Vincent Janssen will be a great alternative to Harry Kane and perhaps even force a formation rethink if he really excels.

And, if Tottenham ever officially get the deal for Georges-Kevin N’Koudou over the line he could turn out to be a piercing acquisition. He certainly has the pace and ball control to trouble defences and Spurs weren’t the only interested party.

The injury list is also looking pretty healthy at this point with only Jan Vertonghen a real doubt for the opener.

Clinton N’Jie is also struggling but he has failed to make an impression on the first team and could well leave in this transfer window.

So, with all that in mind, will the first XI look all that different to last season when Tottenham take on Everton in their opening league fixture of the season (Goodison Park, Kick Off 15:00 BST Saturday August 13th)?

TFF believes that the only notable addition could be Victor Wanyama. Although he may not be guaranteed a place every week at this point, he may be the perfect addition to the Spurs line up for a tough trip to Goodison.

He’s going to have to force his way into a team which already has the imperious talents of Dier and Dembele in the midfield but with Dembele banned for the first three games of the season, the big Kenyan should get a chance to stake his claim to a regular starting spot.

So here is our XI of the opener. Tottenham fans: what are your thoughts on this line up? 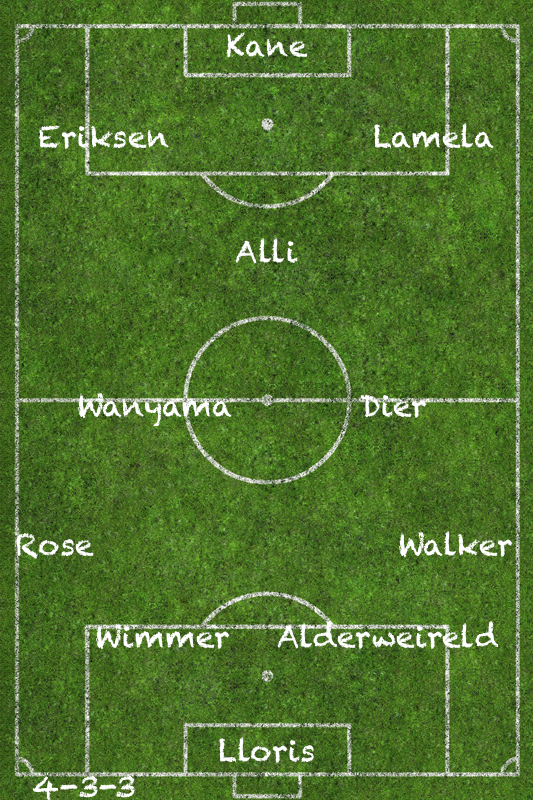