Tottenham ultimately battered Southampton after the Saints had a man sent off after an hour. And it was also good to see the goals being shared around by Tottenham’s forwards, Son, Kane and Alli.

A couple more wins on the bounce, in a fixture list which is currently throwing up some crunch ties, could see Spurs in an even more promising position as their season seems to be gathering steam.

Their injury list is also very promising right now in that they only have two crocked players and both are expected back in the next week.

Toby Alderweireld has a knock but is expected back for Watford and the long-term absentee, Erik Lamela, should be back a few days after that.

So things are looking rosy again at White Hart Lane after a rather underwhelming start to the season.

TFF really likes the mobility of Son and thinks that he will be pushing for more starts, especially in a packed fixture list. But Eriksen looks fresh and has come back to the boil of late. He doesn’t have the same ground speed as his younger team mate but one more seems central to everything Tottenham do.

So he stays in what could be a largely unchanged side in the forward positions for what is always a tough trip to a well-drilled Watford side who are very physical and never give opponents an easy ride.

Tottenham do have two defenders serving one game suspensions for this one after Jan Vertonghen and Kyle Walker each picked up their fifth yellow cards of the season against Southampton.

Here is the team that TFF believes can take Tottenham even closer to those Champions League places over the next week.

Tottenham fans: is this the side to claim three crucial away points or should Son start? 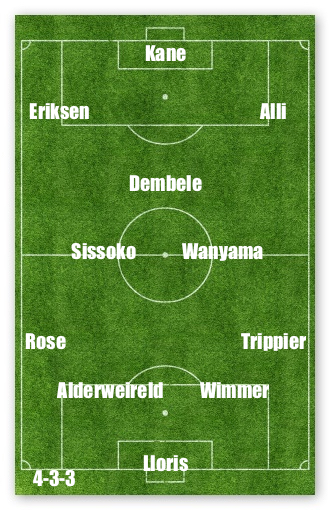