Chelsea certainly haven’t been at their assured and ruthless best so far this season. But one of the Alex Ferguson traits that impressed us most over the years was his ability to win matches when his team wasn’t performing that well.

It’s an absolutely crucial quality for Premier League title pretenders and Chelsea seem able to grind out results when it matters.

Because the other title favourites, City and United, have taken full points so far and Antonio Conte will be delighted that he has overseen two wins with so much improvement so patently still to come.

Conte will also be desperate for more new faces before September but, in truth, he has enough quality in this squad to mount a serious title challenge.

With Costa scoring goals, Hazard looking like a proper player again and Willian flying, few teams will be able to cope with Chelsea in full flight.

But they still look disjointed and will be pleased for a home game against Burnley to get their collective eye in.

But, lest we forget, Burnley slayed Liverpool last weekend and should be taken seriously.

But with the international break coming up Chelsea will fully expect to go into it with maximum points on the board.

And the big selection decision is surely whether Michy Batshuayi starts. He only played for 23 minutes at the weekend but was the best player on the park. So does Conte keep using him as an impact sub or give him the start he deserves? We think he has to start in a home game like this.

Here is TFF’s best XI to take the points at Stamford Bridge this weekend (kick off 15:00 BST Saturday).

Chelsea fans: do you agree with this line up? 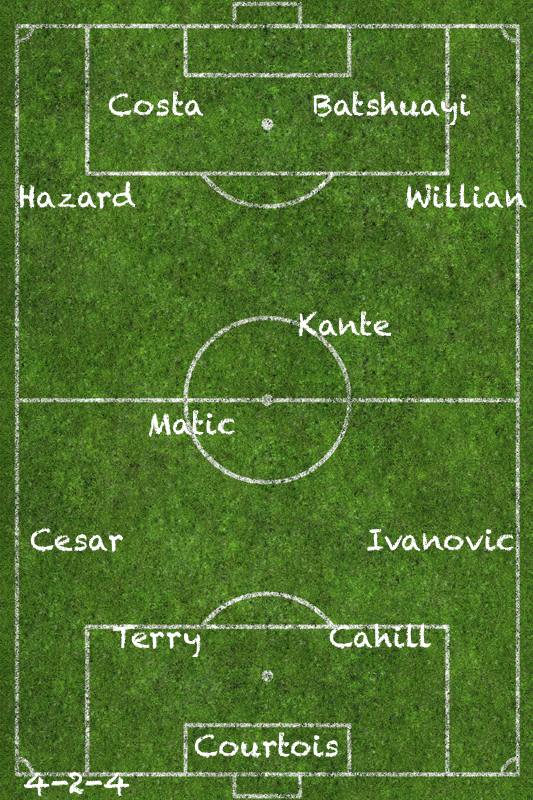