TFF has to admit that we felt Nolito would very much be used as a back up striker for Sergio Aguero this season.

But what a start he has had. He’s not only scored goals and won games for Manchester City. But he has also demonstrated amply his ability to play wider – a crucial quality which could yet see him become a stalwart in this side.

He’s certainly started as if he has made a seamless integration to the English Premier League.

With Sane out until September and Iheanacho offering power and pace off the bench, we would be tempted to start Nolito alongside Aguero in a high forward line and thrillingly attacking 4-2-4 formation.

West Ham are of course no pushovers and will provide sturdy opposition. But Manchester City will surely want to take the game to The Hammers early, get ahead and then pick the opponent off as they search for an equaliser.

But this Manchester City side is already starting to purr under Pep Guardiola and it’s just annoying that we find ourselves in one of these seasons where international football seems to wreck the momentum every month up until Christmas.

But here is what we believe to be City’s best XI for what should be another entertaining encounter against The Hammers.

Manchester City fans: is this now the best XI? 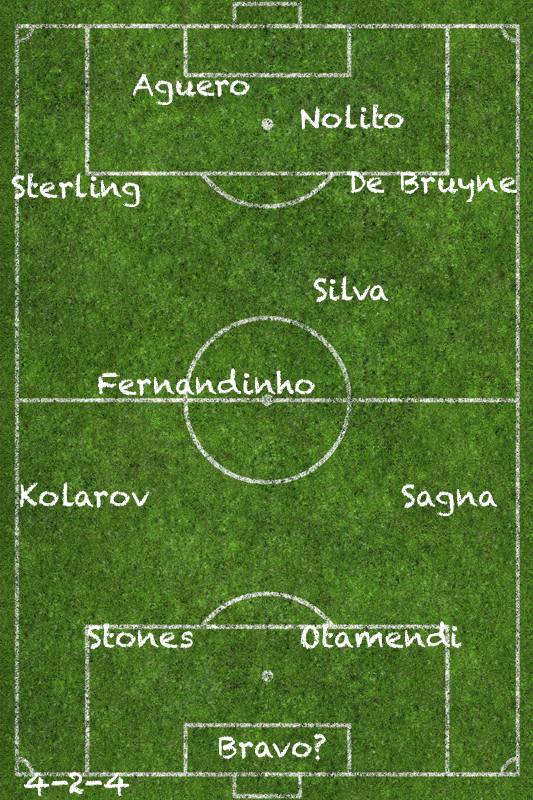