Manchester City are nothing if not exciting. Even when they’re losing they seem to do it with a certain Grandeur and Pep Guardiola has been a wonderful advocate of attacking football this season.

It hasn’t always worked out of course but the intention is always to attack with the Spaniard and we applaud it because football is, after all, about spectacle.

We have every confidence that Manchester City are going to finish the season in the top four but they still have some work to do in order to guarantee Champions League football next season.

And they face the power of Chelsea in what could be one of the games of the season on Wednesday night at Stamford Bridge.

After a mini crisis a month or so ago Manchester City have got their heads down and put some really good wins together – despite going out of Europe to Monaco in a sensational two-legged affair last month.

Manchester City have been less fortunate than Chelsea in terms of injuries to key players this season and they are without Sagna, Jesus and Gundogan for this game.

But they can still call upon an uber talented squad and they definitely have the team to beat a Chelsea side which is currently flying.

Their defeat to Crystal Palace at the weekend should matter little in the title race – especially if Chelsea can get a draw or more in this crunch clash.

If anybody can beat Chelsea it is surely Manchester City and we are dribbling in anticipation of a Premier League fiesta. 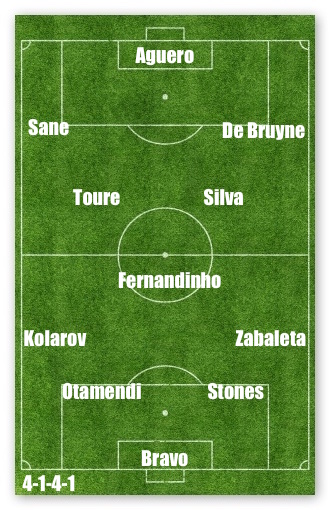