Under Jurgen Klopp Liverpool are wonderful at best but still mercurial in general. Perhaps, bit by bit, we are starting to see some genuine consistency from a side which is frightening going forward but still sometimes dodgy at the back.

The defensive issues start in goal where Karius looks anything but a safe pair of hands right now. Any team worth their salt should be trying to put this coltish keeper under pressure at any and every opportunity. Because he may turn out to be world-class but he remains a weak point of the team at present.

And TFF would expect Tottenham, an increasingly front-footed football team under Mauricio Pochettino, to do just that.

The Spurs bus seems to have slowed somewhat after a flock of tough fixtures at home and in Europe.

Liverpool are in rude health in terms of the fitness of the squad with only Gomez and Ojo currently on the treatment table.

So they will surely pick a strong line up for a game which an give them yet more momentum in what increasingly looks as if it could be a momentous season for the now more numerous Anfield crowd.

Expect an open game from two sides who love to get forward. And TFF is hoping to see Liverpool’s strongest XI back on the park. 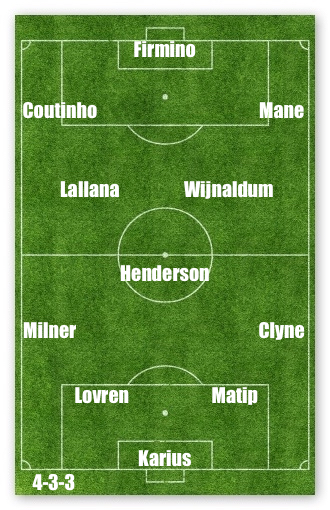