After a difficult spell of games for Liverpool they returned to winning ways with a really impressive 3-0 win at Middlesbrough on Wednesday night.

And it was that man Adam Lallana who was the catalyst for the win yet again. He scored two excellent goals, created the other one and his importance to the team could not be overstated at this point.

And Liverpool are going to need his form more than ever because that injury list is starting to look a tiny bit worrying.

The currently crocked include Bogdan, Ings, Coutinho, Matip, Grujic, Sturridge, Origi and Can. At least of those injured that is only one absolutely guaranteed starter – the Brazilian of course.

Sturridge is not too far away with his call injury and Emre Can and Divock Origi could be fit in time for Liverpool’s crunch game against an Everton side which is flying high after defeating Arsenal in the week.

Quite how much that game will have taken out of the Toffees remains to be seen but they will have one extra day of recovery having played on Tuesday.

In recent seasons this would have all the makings of a drool. But such is livable potency in front of go right now that no one would disregard the idea that they can leave Goodison with three points in the Monday evening kick off.

We are hopeful for a little pool site that and right channel is fit in this game because his presence in the midfield could be crucial.

With Coutinho missing we would put the German maestro in there to keep things compact and help to start attacks.

So he is out at 11 for the big one and we simply can’t wait. Liverpool fans: is this the strongest team that you can put out? 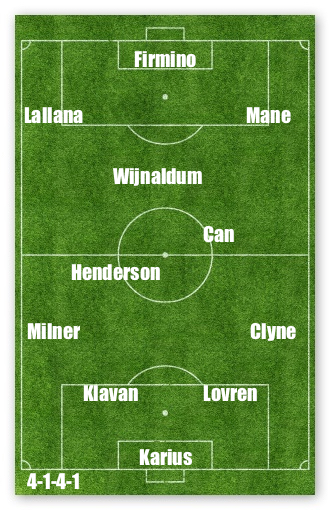