Liverpool were sublime at the weekend and TFF has been licking its collective lips for weeks to see how this new offence would click, in particular.

We wondered how Klopp would shoehorn all his attacking talents into the side. We thought that he would have to drop at least one for a tough away game at Arsenal but we weren’t expecting it to be Daniel Sturridge.

But he squeezed new boys Georginio Wijnaldum and Sadio Mane in there and both were superb. Mane’s debut goal was a true wonder and this is clearly a man who can change games on his own.

The other strange element of the game was of course the performance of Alberto Moreno. Jurgen Klopp is a nice guy but we all know that he has no problems being ruthless when necessary.

And after a shocking display in The Europa League Final many hoped that Moreno would be hooked for the new season.

Perhaps that was indeed the plan. But the injury to James Milner, who had occupied that position well of late, may have changed the plan.

What is for certain is that the Spaniard is a liability in defence. We love jet-heeled full backs and Moreno gets forward well. But even the most buccaneering left backs need to have basic defending skills. Moreno too often lunges in dangerously and gets caught horrifically out of position.

With Jon Flanagan on loan to Burnley perhaps Jurgen will go back into the market for a left back before September. For now we are hoping that James Milner (expected back on 20th August) will be fit for another away trip, this time to Burnley, who won’t lie down.

But if that attacking line clicks again, you have to fear for Sean Dyche’s side.

There have been countless false dawns for Liverpool in The Premier League era. But this side does look a bit spesh.

Here’s our line up. Liverpool fans: is this the strongest XI? 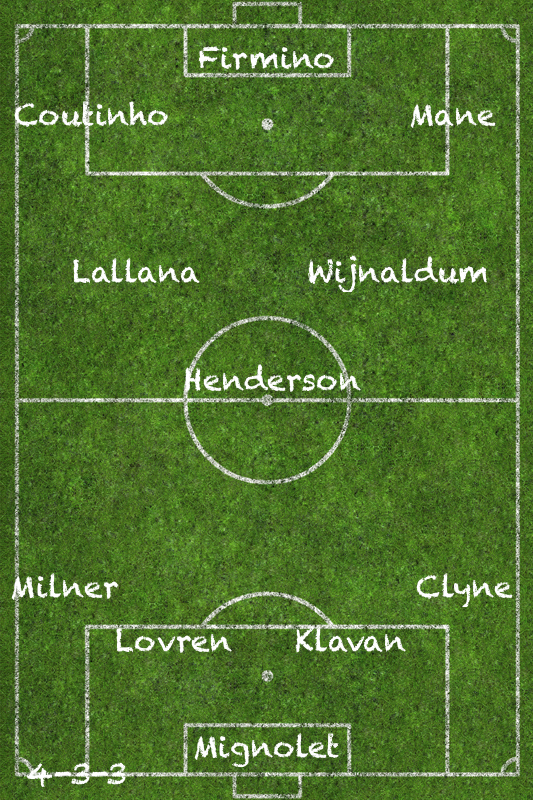