It really is a huge season for Wayne Rooney and perhaps that’s what he needs after appearing to be on the wane for the last few years.

Because although new signing Paul Pogba doesn’t normally play at number 10, he may well get the chance to do so at his new club.

And with Wazza and Zlatan yet to find a spark, there is a feeling that Manchester United may change their system to a 4-3-3 over the coming months.

The obvious solution would be a switch to a 4-3-3. That would suit Pogba perfectly

We were quite taken recently by the notion that while Zlatan is a young 34, Rooney looks old for 30.

It’s looking increasingly true. Any regular reader of TFF will know how highly we rate the Liverpudlian and how we feel that he has dragged the club, almost single-handedly at times, to success over the last decade.

But perhaps all those hard yards are starting to show. Most players don’t get a sniff of the first team until they are 20. But Rooney was a first team regular at Everton at 16.

He does take time to get his big frame into top condition each season. But there was a real sluggishness about him at Wembley and the forward line looked clunky with both Zlatan and Rooney up top.

Rooney needs to start playing out of his skin because we already know that he won’t be played in midfield this season. He’s fighting the likes of Mkhitaryan, Pogba, Rashford, Lingard and Martial for one of the forward berths to support Zlatan.

And it’s quite conceivable that we will see a 4-3-3 tried at some stage this season in a formation which gives the team a streamlined look. 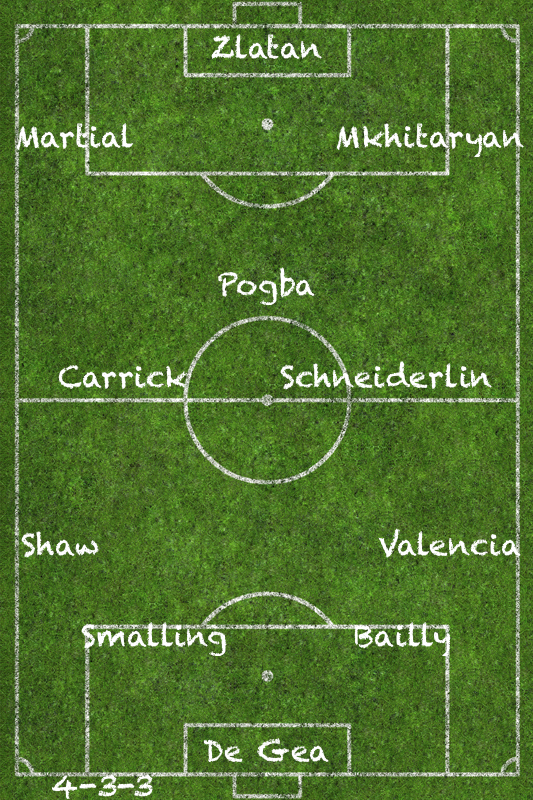 Even if Manchester United stick with a 4-2-3-1 then Rooney could find himself marginalised if Jose decides to play Mkhitaryan at number 10 and use the pace of Rashford or Lingard out wide.

So it’s a massive season for Wayne Rooney and it’s not outlandish to state that this is a make or break season in his Manchester United career. Because United won’t want to leave a player earning £250,000 per week on the bench for too long – especially when clubs in countries like China and America may offer lucrative deals to take him off the books.