Manchester United could be described as gaining form of late. But it’s only been a fortnight since the culling by Tottenham and most positive results this season have been quickly followed by more humblings.

It’s been the story of Manchester United’s season and, while there have been some good results and good performances the word ‘great’ has seldom been used to describe this incarnation.

If United harbour any hopes of finishing in the top four they simply must win their remaining league fixtures at very least. That starts with Leicester this weekend. The Foxes will be charged up in the knowledge that they can all but seal the title with a victory at Old Trafford.

But we think that, with the right starting line up, Manchester United will take all the points in a hard fought victory.

United are still without Januzaj, Shaw, Keane and Schweinsteiger but have a good selection from which to choose.

Wayne Rooney has been doing a great job in the deeper role of late in what looks ever more like a 4-3-3 formation these days.

The back five should be picking itself but the sketchy early form of Fosu-Mensah leaves the right-back berth up for grabs. We think that he’s a titan in the making but Louis may opt for Matteo Darmian this weekend.

In midfield we want to see Carrick and Schneiderlin supporting Wayne Rooney in the advanced midfield role. And up top it’s got to be Martial, Rashford and Memphis.

We still feel that, in a year’s time, people will be baffled as to why Memphis was left on the bench for most of this season when he offers exactly the pace and power that this Manchester United team needs and that LvG has been moaning about not having. Of course he still needs to develop and improve his consistency. But he won’t do that on the bench.

So here is our United XI. Let’s have your thoughts. 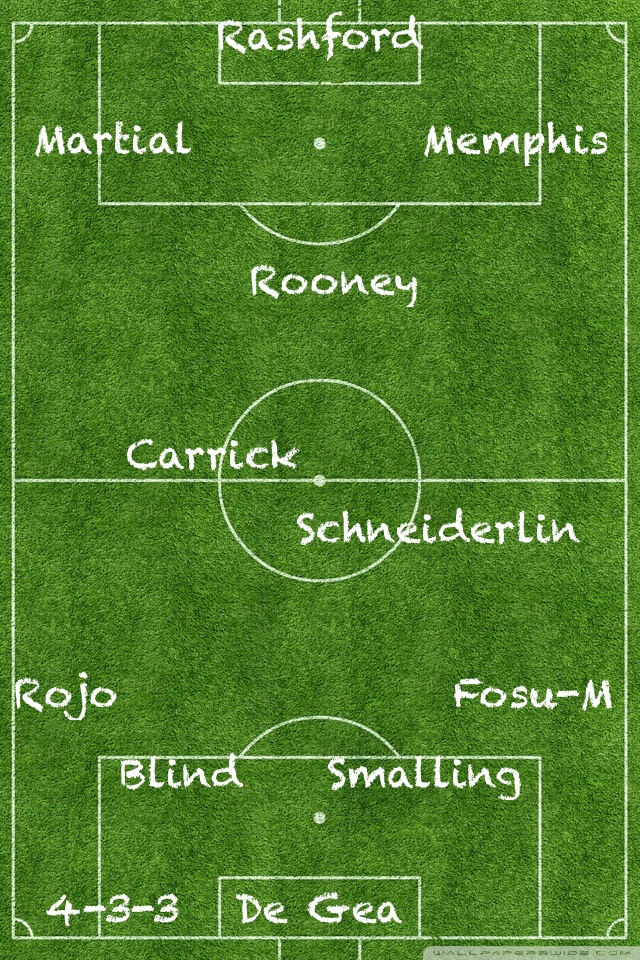