It’s that time of the year again where we can stop being so competitive for a moment and take time to reflect on the past 12 months.

It’s been another topsy-turvy year for Manchester United but they are ending 2016 on a high and things look really positive for the first time in a few years. Jose Mourinho is building a side which looks as if it has a rudder again and some real purpose to boot.

But what has been the best XI of 2016 for Manchester United and how many Jose Mourinho signings are in there?

Actually, Luke Shaw is the best left back that Manchester United have. But he just hasn’t shown enough consistency over the year to edge out Daley Blind.

Phil Jones’ performances over the last two months have been exceptional but in the year as a whole Smalling has to get the nod.

What a signing by Mourinho. Few had heard of him when he signed for Manchester United but he’s been a class apart when fit.

One of his best seasons so far for Manchester United and 2016 in general has demonstrated his consistency.

What a player. It took time for Jose to see his vital qualities but Carrick is now a nailed on starter.

Has added some grit to his game to make him almost undroppable.

Took time to show his class but he’s starting to dominate games for Manchester United.

Slow start to this season but Martial was sublime in his debut campaign.

One of the best number 9s in the modern era.

Mkhitaryan is a far better winger when on form but Mata has put in a quality calendar year. 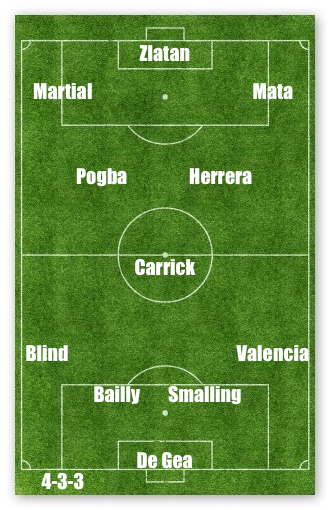