So Manchester United finally got over the line against Crystal Palace in the sort of game that they have so often drawn this season.

It took until the final throes of the match for United to get the winner but this victory could be massive for them. They are six points behind Manchester City and only seven off second place. With 22 games still to go Manchester United look to be gaining momentum at a good time.

Of course, we have seen so may false dawns over the last few seasons to get carried away. But there is a steely determination in the eyes of Jose Mourinho and he increasingly looks like the man for the job at Old Trafford.

Of course the visit to West Brom is never easy. They are a very stubborn and well-organised side who will make it extremely difficult for United to find space.

Eric Bailly has been added to the injured list as he was withdrawn during the game due to a knock on his knee.

He joins Henrikh Mkhitaryan, Luke Shaw and Chris Smalling as the front line absentees in the squad right now.

But Shaw may be close to a return to action and, with Jose apparently keen to shuffle his side regularly this season, TFF would like to see him make a return to the side. On form he definitely adds something to the first XI with his pace and ability going forward.

So here is the side which we believe can take the points at WBA. Manchester United fans: another three points or will WBA scrape a draw? 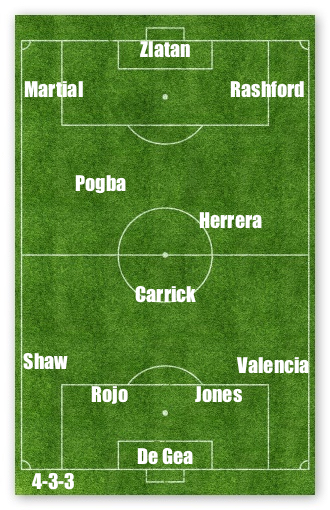