With an almost endless barrage of negative press coming out of Manchester United this summer it’s hard to know where to start.

We can only surmise that Jose Mourinho looks ever more likely to be the architect of his own downfall than of a title triumph with this club come May.

Quite what he’s accomplishing by stomping around the planet, slamming doors and ostensibly despising one of the best jobs in the world, is totally beyond us. He’s paid millions to manage his players. To bring the absolute best out of them. That’s the job.

And while a few straddlers are still suggesting that his recent petulance and player contretemps could all be part of his masterplan, most of us now sniff an odious, but oh so familiar third season trend with Mourinho – the point at which he appears to some in the wider world, not as a leader of his industry, but as a spoilt child. The kid who storms off mid-game because he’s losing. Even though he’s got the better bat. Hilarious, unless he’s your kid…..then it’s just downright shameful.

If it does all blow up in our faces soon, like a waning soap opera with a hastily concocted Hollywood ending, then surely Jose’s time as the manager of an elite club will come to an end. He may have to go kicking, screaming and spluttering obscenities into semi-retirement as Portugal manager to save any face at all.

For the eternal optimists there does still exist a strange but real paradox at Manchester United. Because, while it looks like a serious crisis to many, if only Jose can find peace with himself and his team, he’d be looking at the best squad that Manchester United have possessed since they last won the title.

If United manage to sign Toby Alderweireld before the transfer deadline, then an eventual 4-3-3 of De Gea, Shaw, Bailly, Alderweireld, Valencia – Pogba, Matic, Fred – Martial, Sanchez, Rashford could give absolutely any team in the world a game (I omit Lukaku because his lack of quality is always exposed against elite opposition and is hindering United’s progress). If only Mourinho can coax the sort of quality that any of Guardiola, Klopp or Pochettino surely would from such a spectacular array of pace and talent, Manchester United could actually win the title.

It’s so deafeningly simple. All Mourinho needs to do is get Martial and Pogba out on the lash TONIGHT, bury the hatchet and, in so doing, add two world class players to his side for a make-or-break season. But is his ego now so self-defeatingly bloated that he can’t even buy the lads some beers and a cuzza for the sake of progress? 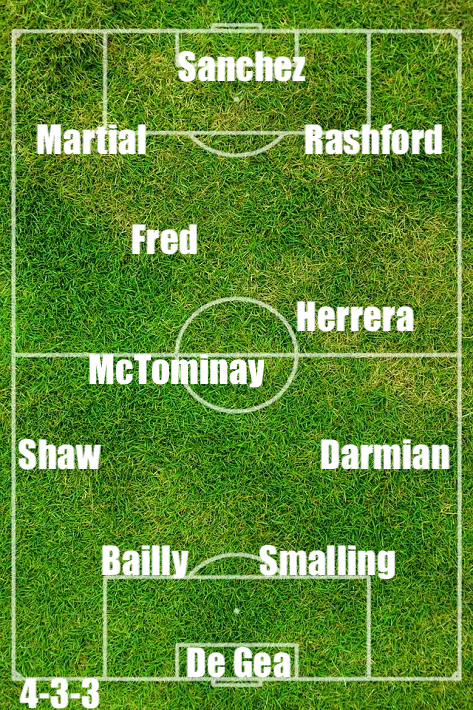