Although it’s still early doors in the transfer window we are beginning to get a strong sense of the Manchester United transfer shortlist for the summer months.

Deals for Fred and Diogo Dalot look to be pretty much in the bag and both have a good chance of starting the new season. That’s because while Fred isn’t expected to feature that heavily for Brazil (barring injury to more experienced midfielders) the coltish Dalot hasn’t been selected for the Portugal squad which will travel to Russia for The World Cup.

And Dalot should be pushing hard from day one for a starting berth ahead of the waning Antonio Valencia.

If Jose Mourinho has his way Toby Alderweireld may be forming the basis of a rock solid partnership with Eric Bailly by then too.

And TFF would dearly love to see Luke Shaw get a chance from the off on the left.

Fred will anchor the midfield with Nemanja Matic which will hopefully free Paul Pogba up to cause mayhem at the business end of the pitch.

Manchester United fans would all be desperate for Gareth Bale to join the club this summer. At 28 he could signal the start of the next great Manchester United era. But, whoever comes into the hotseat at Real Madrid, post Zidane, it’s difficult to imagine them not wanting to hold on to the brilliant Welshman.

So perhaps a more realistic option would be the highly consistent and explosive Brazilian Willian. He may not have quite the guile or magic of Bale but he was in superb form for Chelsea towards the end of the last campaign and may fancy a last big pay day at Old Trafford at the age of 29. 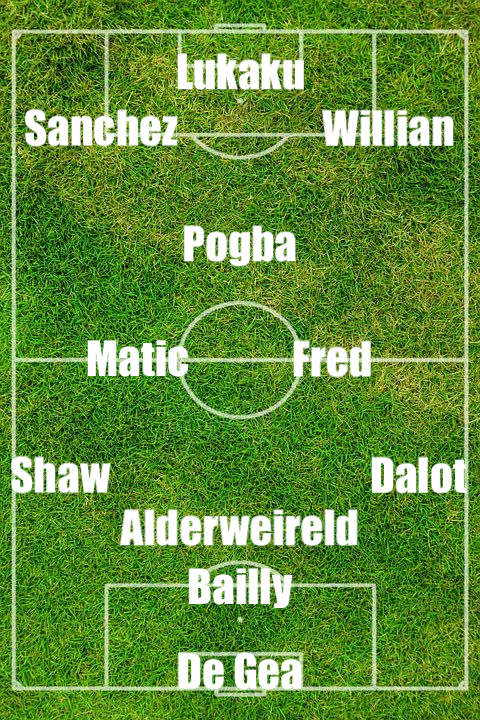