Manchester United have been linked with the talents of Borussia Dortmund star Ousmane Dembele in the latest news cycle and it’s entirely possible that he could form part of a bewitching new breed of Red Devils.

Still only 26 but the Spanish genius would be one of Manchester United’s old timers in this line up.

At 21 it’s taken Shaw time to get his act together at Manchester United but there is a feeling of late that he may be turning a corner as his Old Trafford career finally takes off.

It’s almost impossible to believe that the Ivory Coast international is still only 23. He has played with such maturity for Manchester United since he joined the club that he may prove to be the signing of the season.

Another comparatively old man of this team at 25 years of age. Jones has always been liked at TFF and if he can limit the injuries he might yet become a stalwart for club and country.

Finesse may not yet be amply demonstrated by the youngster but at 19 he has time on his side. And he’s already a sensational physical specimen and one of the fastest players at the club.

Still one of TFF’s favorite players and it’s been hugely disappointing that he hasn’t been given the opportunity to kick on from his 17 goals in 46 games last season.

A wonderful athlete and artist who, at a touch over 24, will only get better.

Herrera has thrived under Jose Mourinho in a deeper role. Could become his on field general.

Jose has signed pure class for Manchester United in his short time at the club and after taking time to settle, the Armenian has become as good a signing as any.

A whirlwind career so far for this huge Manchester United star of the future.

At just 19 his potential is huge and he’s become a mainstay of one of the biggest clubs in Europe already. A future world star if he continues apace and will surely be snapped up by one of the biggest five clubs in the world in the next couple of years. 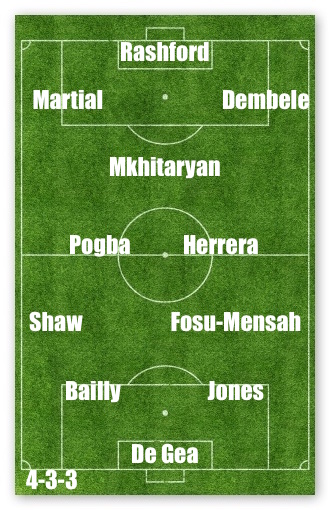