There is seldom this much smoke without fire in the transfer market and whether or not Manchester United are successful in this pursuit, there does seem to be some traction to the Marko Arnautovic story.

Firstly, Jose Mourinho appears to have gone on a scouting mission to see the big centre forward in action on international duty for Austria, where he provided an assist for a goal against Russia this week.

And, perhaps more obviously, this is a footballer who seems tailor-made for Jose Mourinho’s style of play.

The Manchester United manager seems hellbent on sticking to what seems like a rather outdated formula with a big target man at number 9, who others can feed off and who becomes a sometimes statuesque pivot for the team

Many onlookers would prefer Mourinho to use three pacy and highly skilled front men – a tactic which seems to be employed by most of the best (and the most spectacular) teams in Europe.

TFF would love to see Rashford, Martial and Sanchez up top together next season but it seems unlikely – especially with Romeu Lukaku having been signed for 75m squid.

But how would Manchester United use the West Ham striker if he did come to the club? The Hammers employed him in very much the same way as Jose used Zlatan at Old Trafford and the 29-year-old does appear to have technique more akin to Ibrahimovic than the regularly clumsy Lukaku.

So TFF thinks it’s likely that Manchester United would alternate Lukaku and Arnautovic and we would seldom see them together on the field of play.

Of course this is all speculation as West Ham reportedly don’t want to sell their star man just one year into his contract.

That said, if the striker decides he wants the move, he could make life difficult for his current employers.

Here’s how we see him fitting in to the team.

Manchester United fans: Do you prefer Romelu or Marko? We prefer the Austrian. 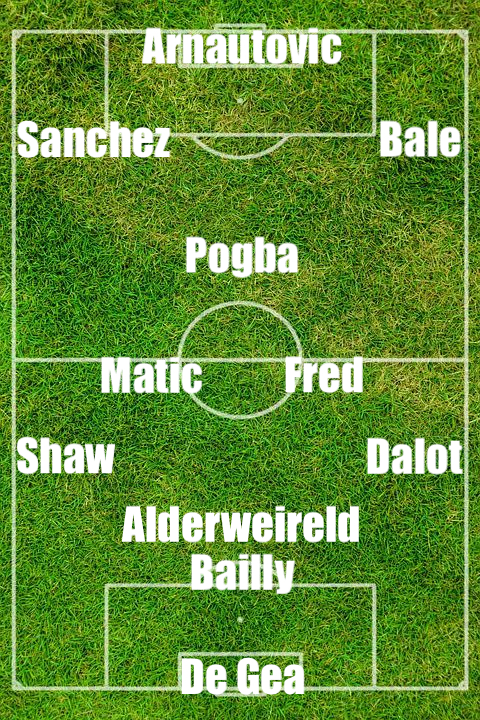