West Ham have most certainly steadied the ship after a really shaky start to the season at their new stadium.

And they will provide a stiff test to an Arsenal side which is also mercurial to say the least right now.

Arsene Wenger is more embattled than ever and it just seems like a vicious cycle and Arsenal.

Any of those Gunners fans who hope to see a turnaround in fortunes will surely have to wait until the Frenchman leaves the club. Whenever that is, we are certain that we will look back upon his tenure as one which started so well but ended in disappointment.

Wenger is desperately trying to hold onto the reins at Arsenal and his board clearly have due respect for the brilliance of the man. But his fires have dimmed over the last few years and it is surely time for him to hang up his boots while he still has the love of many Arsenal fans.

The rest of the season is anything but a procession as Arsenal will once more seek to get into the top four come the final day of the season in what should be a very hotly contested battle near the top.

But as Britain’s most expensively assembled team – Manchester United – have found out over the last few years it’s really tough to get into those Champions League spots.

So Wenger’s achievements at Arsenal should not be understated.

Arsenal will be without Koscielny, Cech, Perez and Cazorla for this game but should still have enough to get over the line in a game that they surely need to win if they are going to get into the Champions League next season.

So here is TFF’s Arsenal XI to take three points against the Hammers. Gunners fans – discuss. 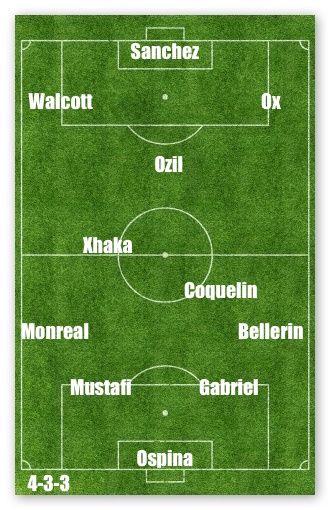