Perhaps the majority of Arsenal fans had feared this news but it has been confirmed today that Arsene Wenger has penned a new two new deal with the club. The contract extension, if fulfilled, will see Wenger completing 23 years at the helm of the North London club.

Many would observe that Arsenal have been in total stasis on the pitch for a decade. They have played lots of lovely football at times and seem to be really good at beating small and medium-sized teams. 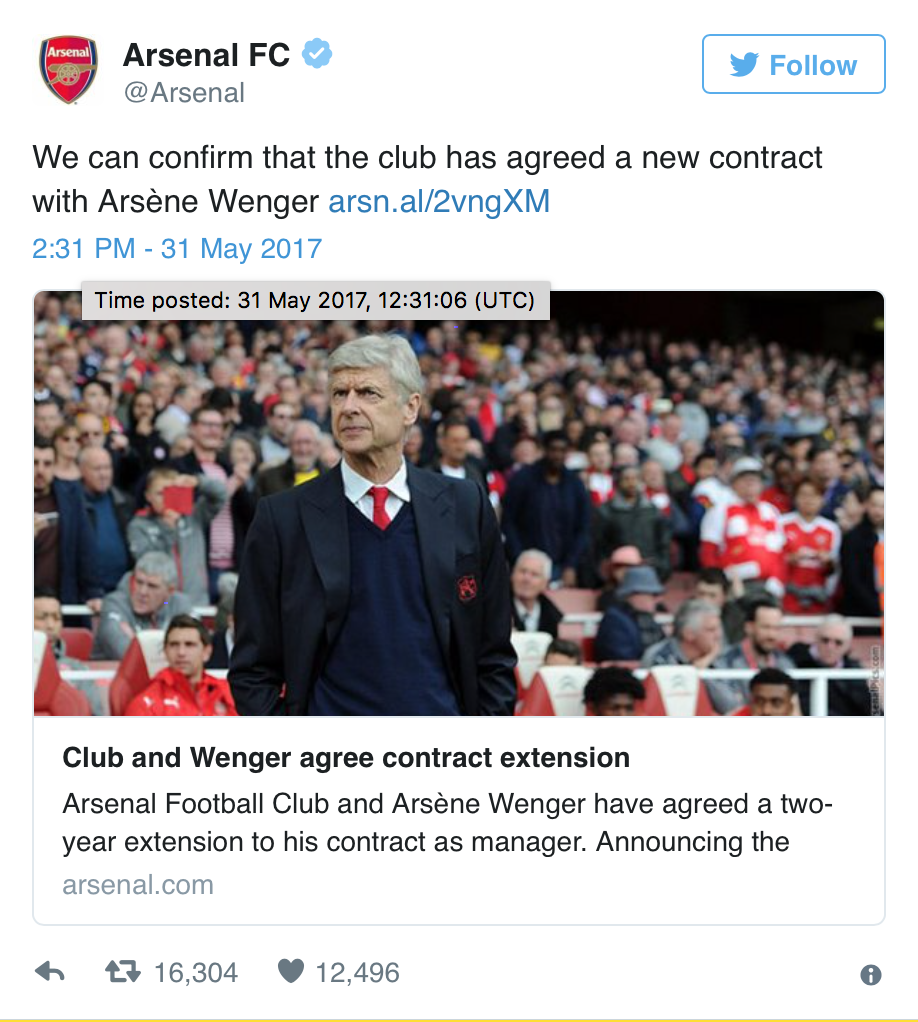 But when it comes to the crunch in January and February they are so often found wanting and they haven’t got past the second round of the Champions League in 10 years.

Add to this their serial underachievement in the league and you have to ask why Wenger is still in charge of this elite club.

He’s a marvellous coach and he has completely transformed Arsenal from a small team to an international institution.

But truly loving something is also knowing when to let it go and Wenger doesn’t seem to understand this. He wants to keep going even though he seems to have run out of ideas and one wonders whether he will ever realise that his time is up.

With so much apparent power at board level he seems to be making all the big decisions and Arsenal fans may continue to get irate about the situation if he stays much longer.

But the club definitely needs to spend on a bigger scale this summer if they do want to compete with the likes of Manchester United, Chelsea and Manchester City next term. Even Tottenham have eclipsed them over the last couple of years and Gunners fans will want to see a big summer in the market to their current fears.

“I love this club and I am looking forward to the future with optimism and excitement. We are looking at what we do well and how we can be stronger everywhere.

“This is a strong group of players and with some additions we can be even more successful. We’re committed to mounting a sustained league challenge and that will be our focus this summer and next season.

“I am grateful to have the support of the board and Stan in doing everything we can to win more trophies. It’s what we all want and I know it’s what our fans around the world demand.”

Arsenal fans – did you want Wenger to stay or go?