Arsenal’s transfer business has been pretty typical of Arsene Wenger so far this summer.

Far be it for him to get several transfers over the line in the first fortnight of July.

But he has, in fairness, addressed an age old problem in the engine room by signing a specialist anchor man in Granit Xhaka.

Xhaka will add solidity and mobility to the midfield to give Arsenal’s attackers more confidence to move forward en-masse without leaving the back door open.

And that back door could still use another tough tackling centre back. Laurent Koscielny is aching for a long-term partner. We all thought that Gabriel could be that man but he has been used sparingly so far and Per Mertesacker has regularly been given the nod for his experience if not his pace.

Someone like Nicolas Otamendi would be ideal. Even Eliaquim Mangala can still be moulded into a top defender. And if Manchester City sign another centre back this summer, as looks very likely, then one of these guys could become available.

The forward line also needs embellishment – how many times have we said this?

Cavani would be a great signing. And Alvaro Morata has been linked with Arsenal over the last few days. But TFF isn’t filled with confidence that Wenger will pull his finger and and win the race for a player with several alluring options.

If it does happen he would have to go straight into the XI. He’s got more pace than Giroud and is an all-round lovely player to watch.

Arsenal supporters – a much improved line up? 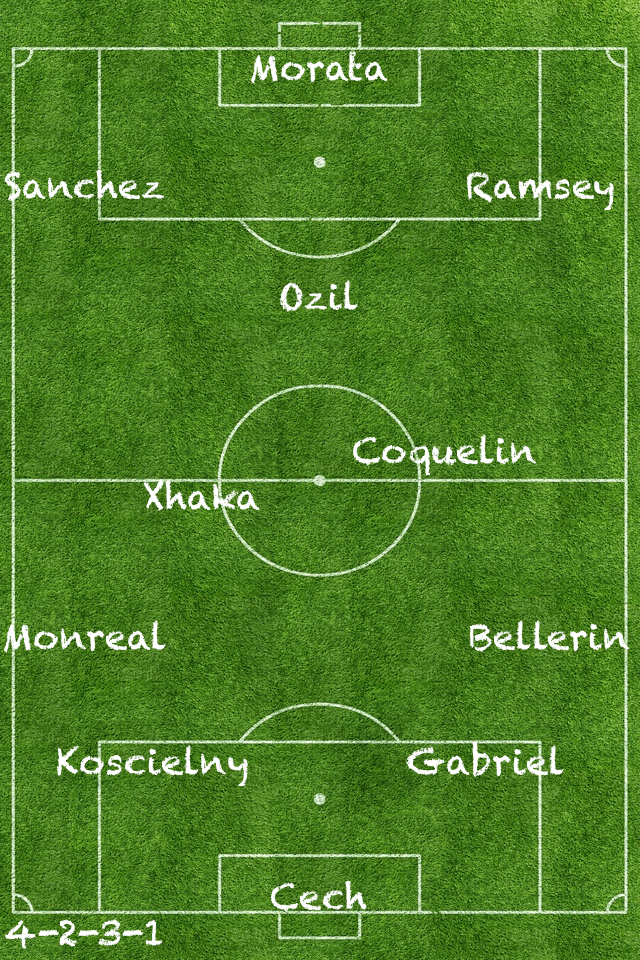